April 29, 2022 at 4:29 pm, No comments
The vet(s), yes there was more than one, three actually, have been this morning, one to scan the girls to see who is pregnant and the other two to castrate Freddie.

As I had suspected from their behaviour Amanda and Ilvija are pregnant but Silla and Valeria are not. Amanda is due mid June and the father is Brencis, who also fathered Karla from Amanda last year. Ilvija is due mid July and the farther is George. I am very excited as this will be our first totally "home grown" cria from parents both conceived and born here and it should be an interesting colour.

Freddie was also castrated this morning, not sure who was the more nervous Freddie, me or the vet as this was the first time she had done an alpaca. All went well and Freddie was up on his feet within about 20mins of the operation. I also took the opportunity while he was sedated to file down his fighting teeth. The operation has come just in time as there have been a couple of evening when Freddie has been chasing the other boys around trying to bite them. It takes about 6 to 8 weeks for the testosterone levels to fall then we should start see some changes in his behaviour. 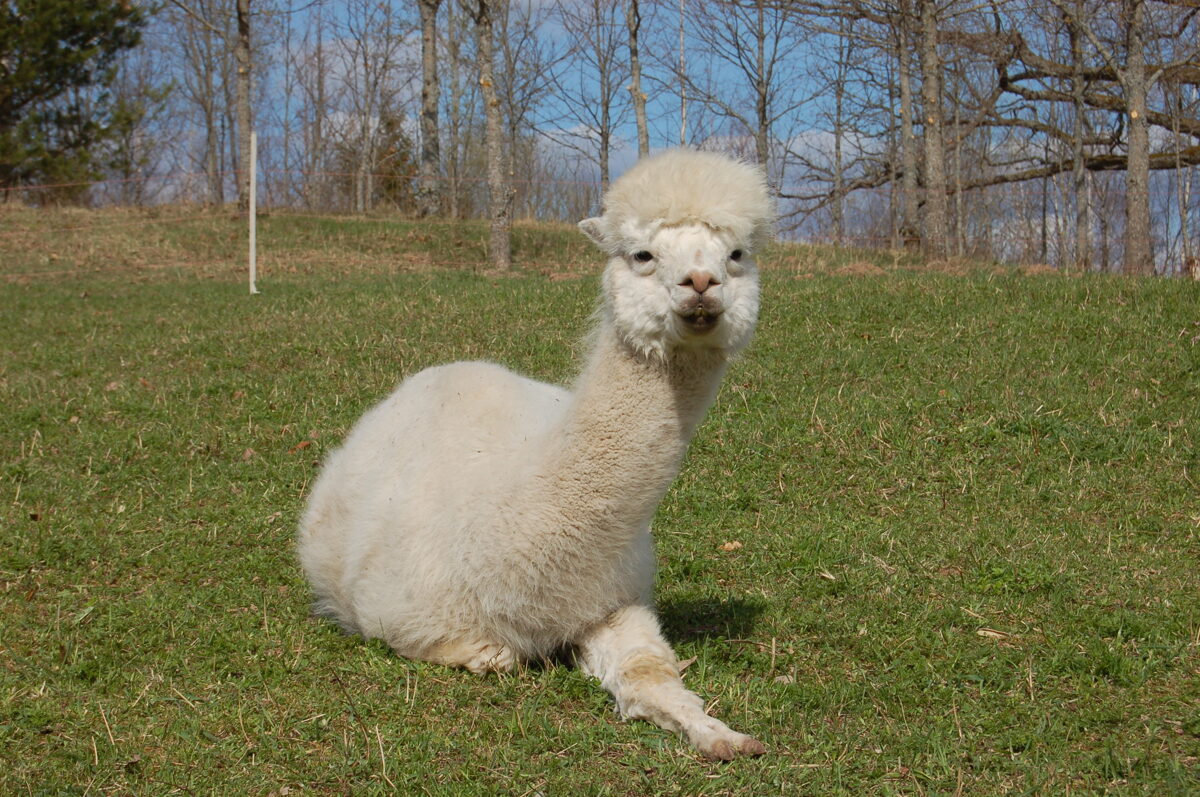 Amanda is due mid June, will we get another Karla? 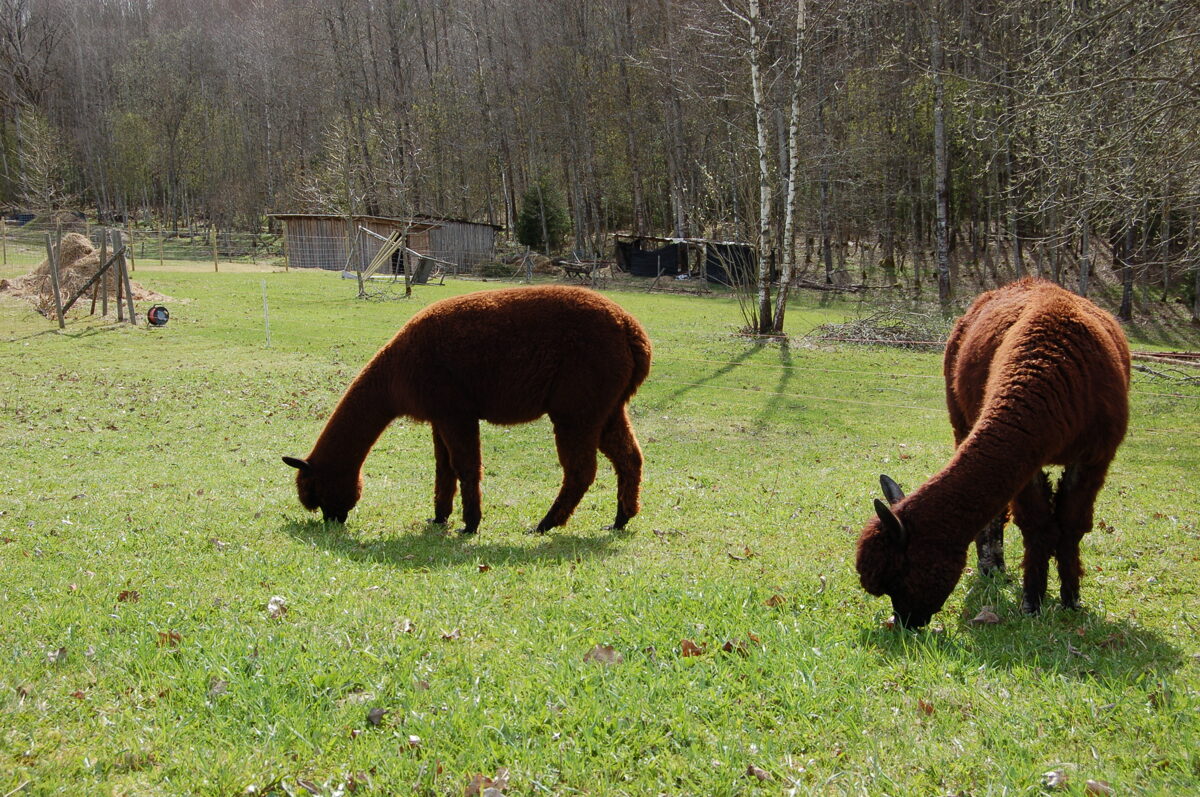 Ilvija (on the left) is due mid July, strange to think Chanel (on the right) will be a grandmother, wonder how she will cope with that. 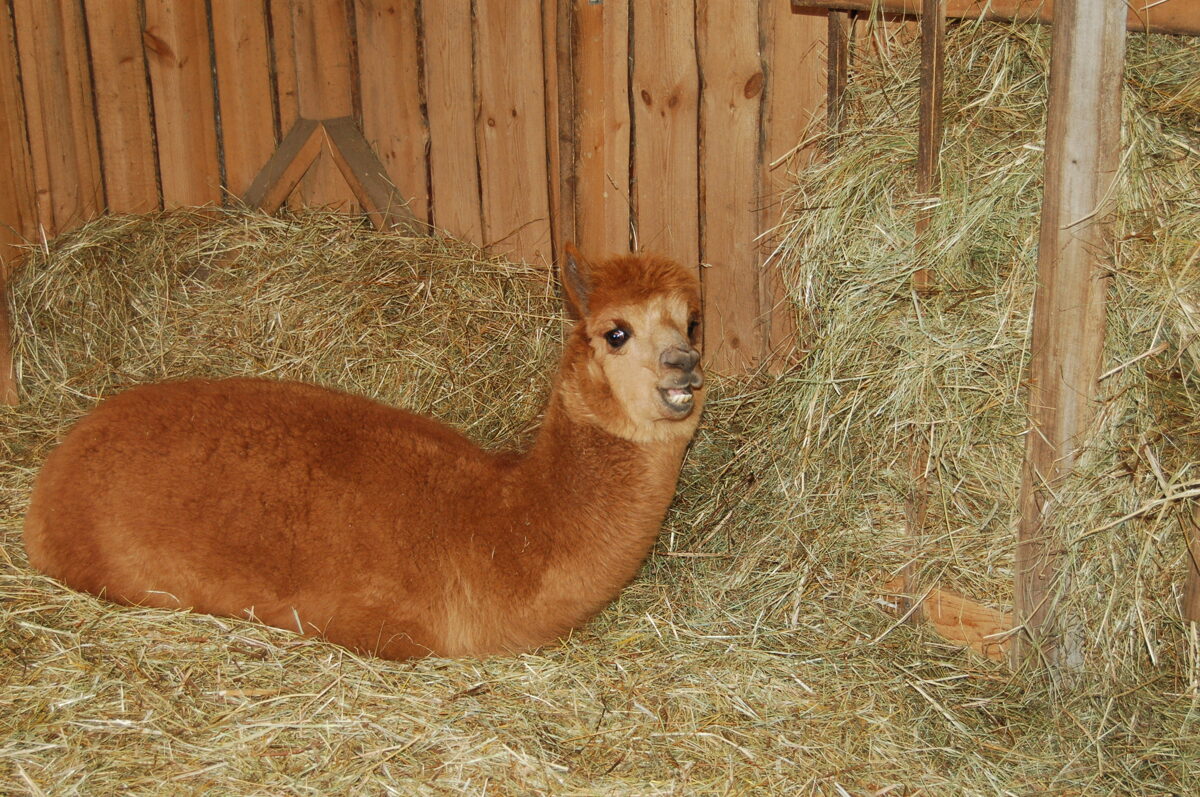 I don't think Freddie will be doing any running around for a few days.