Not long now till the cria arrive.....

Hopefully it should only be around three weeks till Amanda has her cria, she definitely now looks pregnant, I even saw it moving around the other day while she was sat down. She has become quite forceful with Karla (her cria from last year) in telling her to go away, I think she now just wants to concentrate on the new cria. Poor Karla does look a little lost though and not sure what to do or who to bond with. Lolly and her were never best of friends, I think Lolly was a little pushy for her. The good news is that Karla has now started eating the pellet food and even has her own tray at putting away time. This means I can look at starting to halter train her.

I mentioned last time how the fleece seems to have rapidly grown since they got out onto the grass, well it’s not just the fleece that has grown, both Karla and Lolly have grown in height. Most of the alpacas who had lost some weight over the winter have now put it back on, to my great relief. I am convinced our hay wasn’t very good last year, so fingers crossed for a better year this year.

I gave up with trying with the early mating for cria to born next April. I was trying the younger boys for the first time and it wasn’t very successful. What I really needed was a experienced male mating in one half of the alpaca house with one of the young boys and a female on the other to “get him going”. It worked with George last year. But due to the logistics and available males and females it was just too difficult, and I just ran out of time. I can’t really aim for cria in May or early June as much as I would like too, because that is when I am usually away shearing and I want to be around when cria are born in case of problems. So, I will wait a bit longer and try again for cria born end of June July. Just in case you didn’t know alpaca pregnancy last around eleven and a half months and they usually have one cria, twins are very rare. Agnese and Amanda and Silla (who lost her cria at birth) last year all carried for around a year, I wonder if that was due to the extreme heat.

Shearing season has started and I have been travelling around shearing other people’s alpacas. It’s great to meet the alpacas and the owners, the downside is trying to organise it all when the weather is so unpredictable. Some places do not have the facility to shear indoors so it needs to be dry, there is one place I have had to rearrange twice because of rain. I haven’t done any of my own alpacas yet, so I hope it doesn’t get too hot in the next few weeks.

I signed up for a recent two-day online conference about alpaca handling, training, the various approaches to it and also alpaca behaviour. Due to time differences, I couldn’t watch it live but have been catching up on the presentations when I have time. They have been fascinating, I am getting really interested in the whole behaviour, handling, training side of alpacas and llamas and I am toying with the idea of taking it further and doing a full-blown training course and becoming a registered camelid training/behaviour consultant. So watch this space. 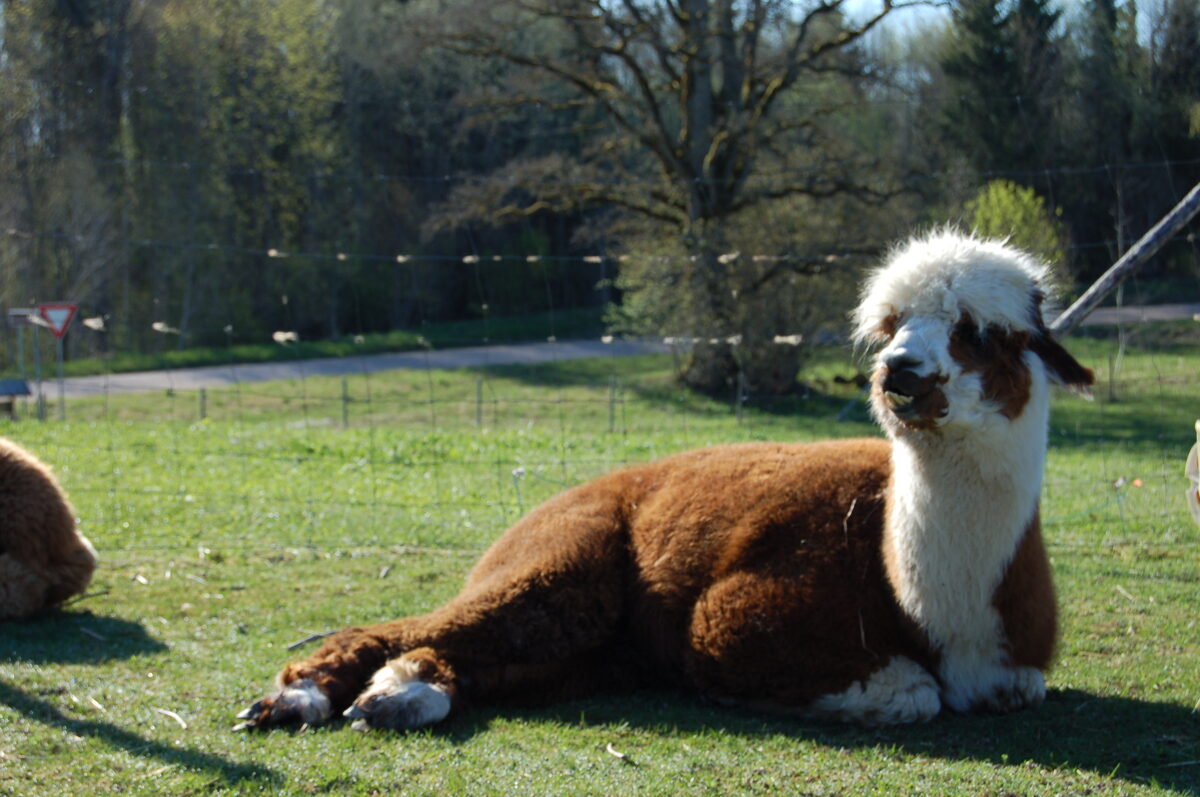 Josefs taking it easy on a nice warm day. 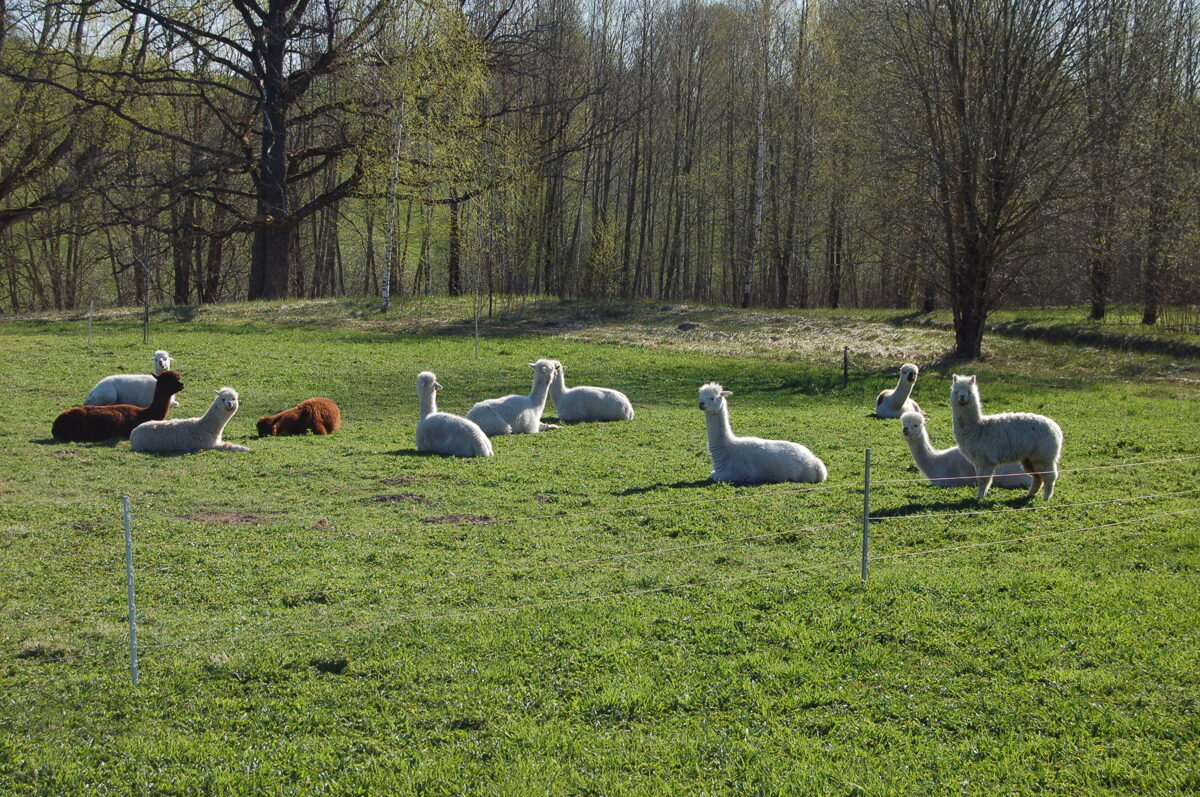 The girls also relaxing on a warm day. 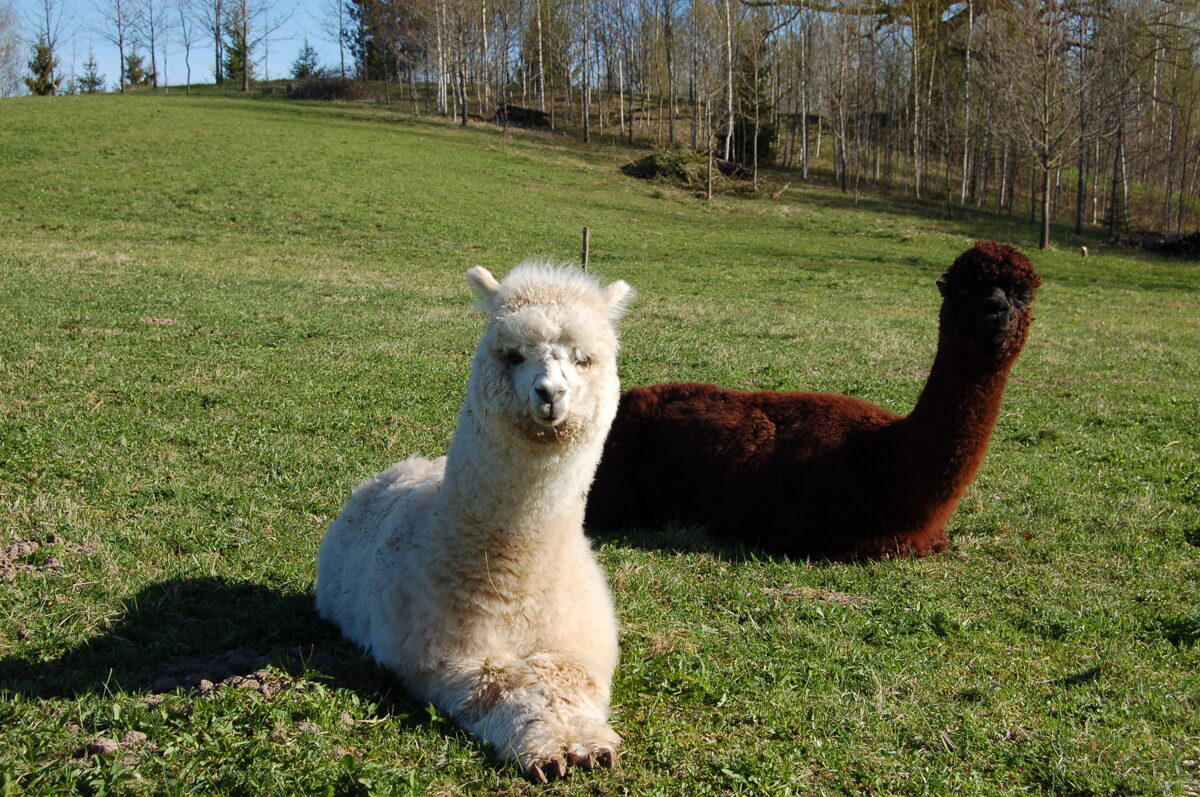 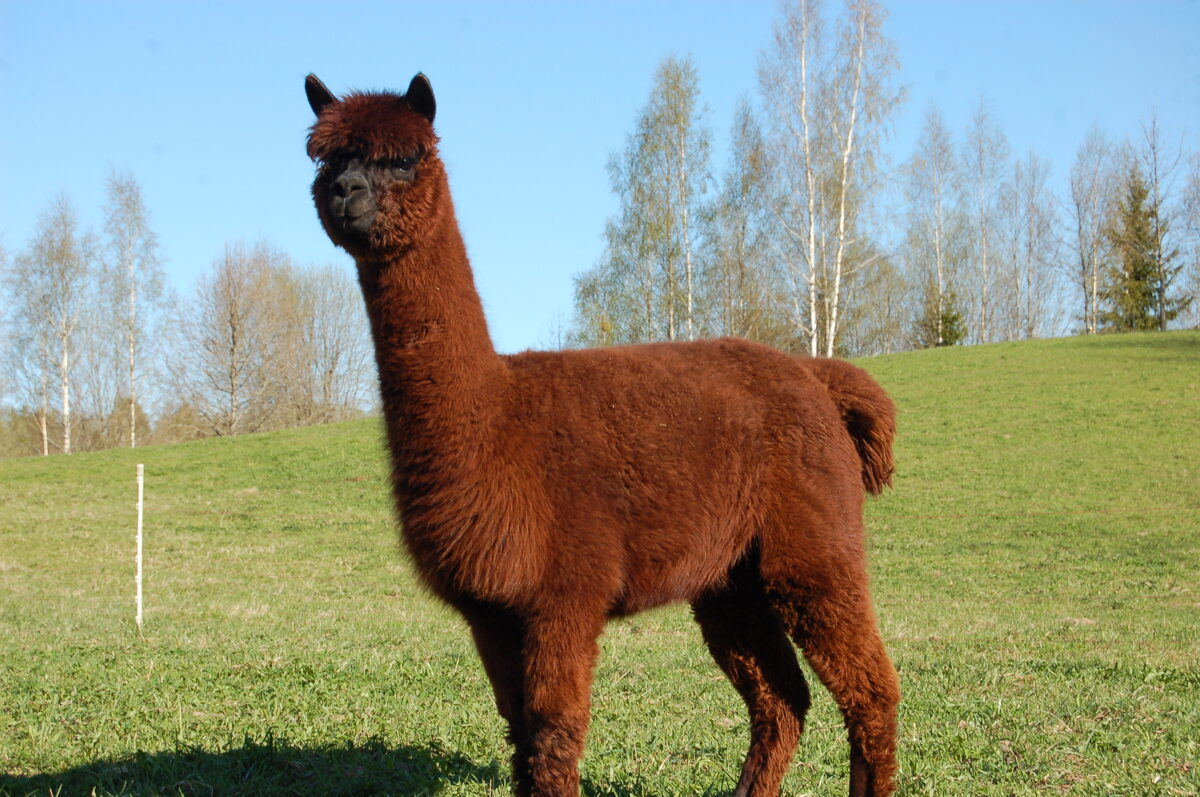 Ilvija is due to have her cria middle of July. 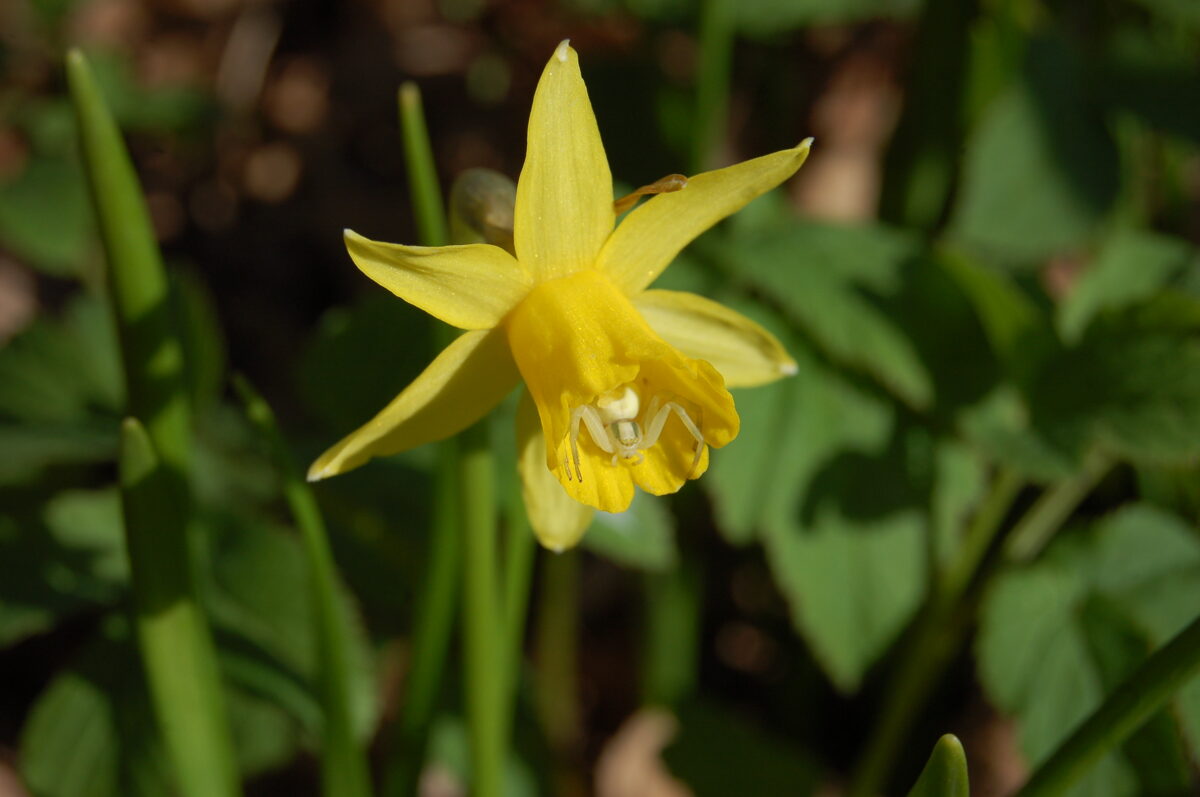 Took this photo of some miniature daffodils we planted under the old oak tree and it was only afterwards when I looked at the photo I saw the spider. 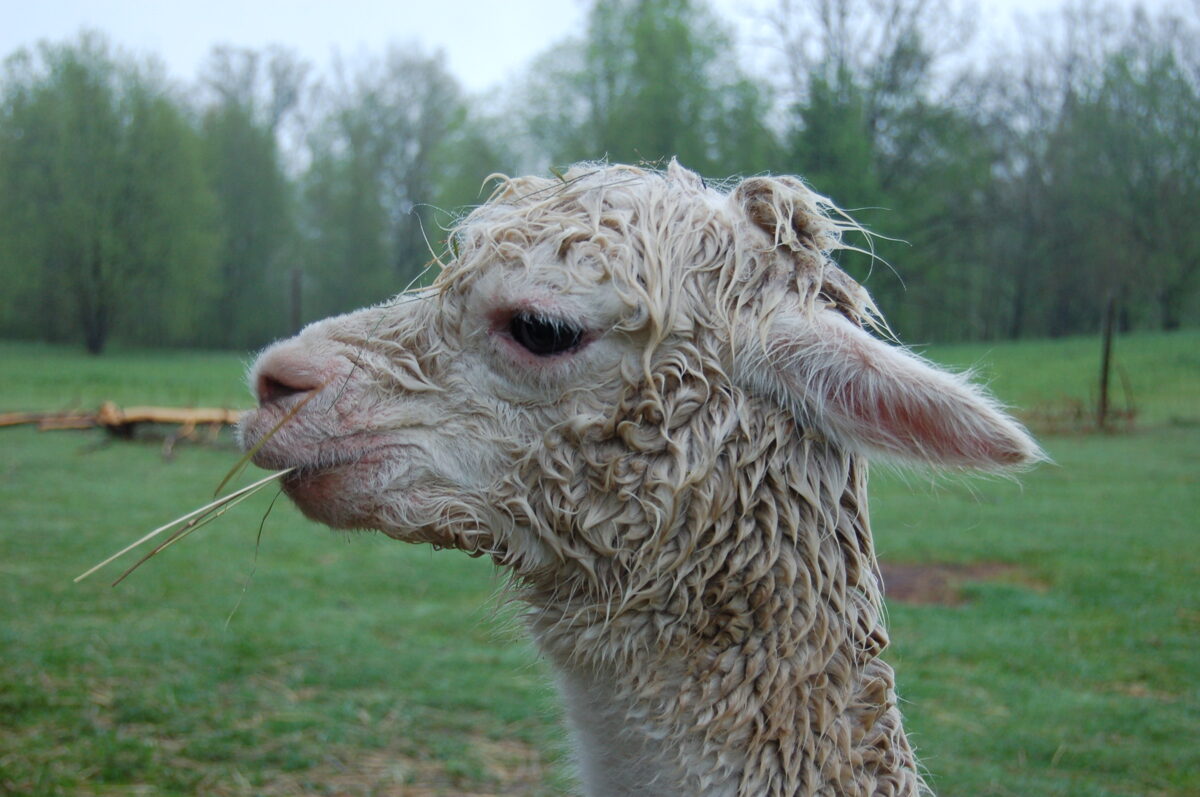 We had some warm sunny weather then some heavy rain. The alpacas decided they needed a wash so spent most of the time outside in the rain and got very wet. This is Aggie. 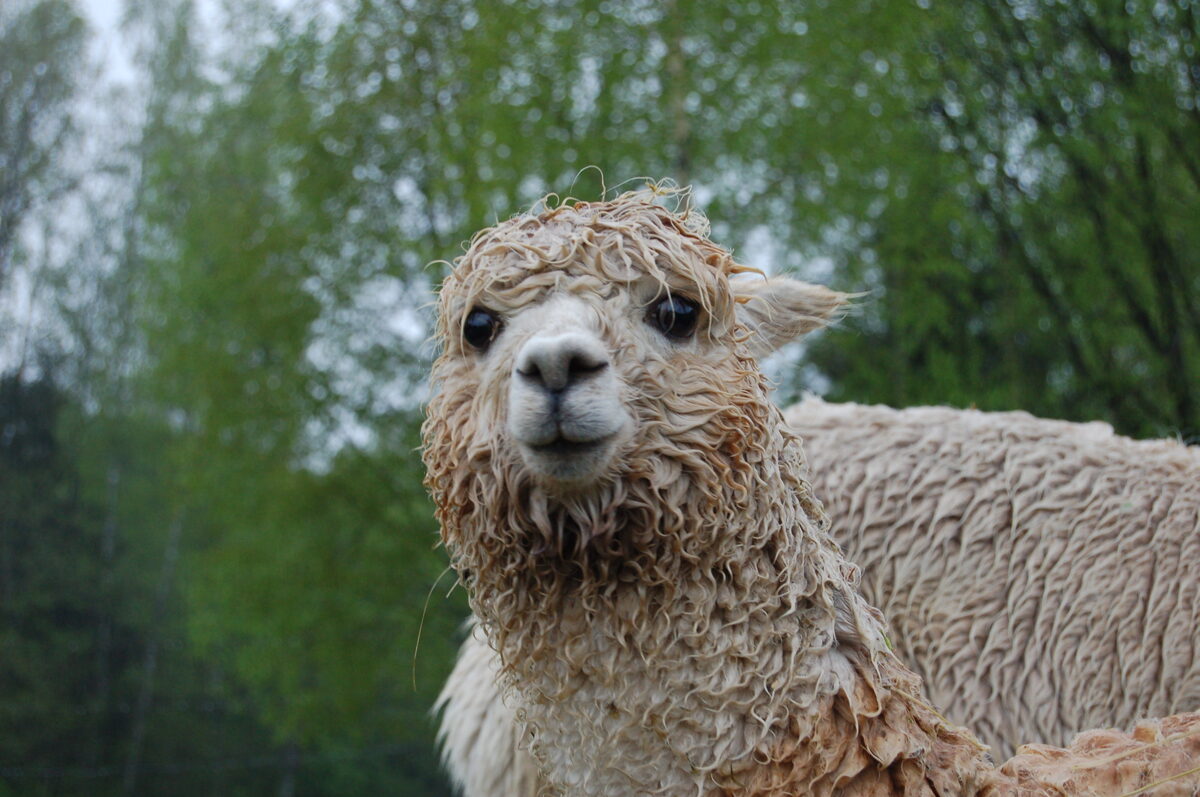 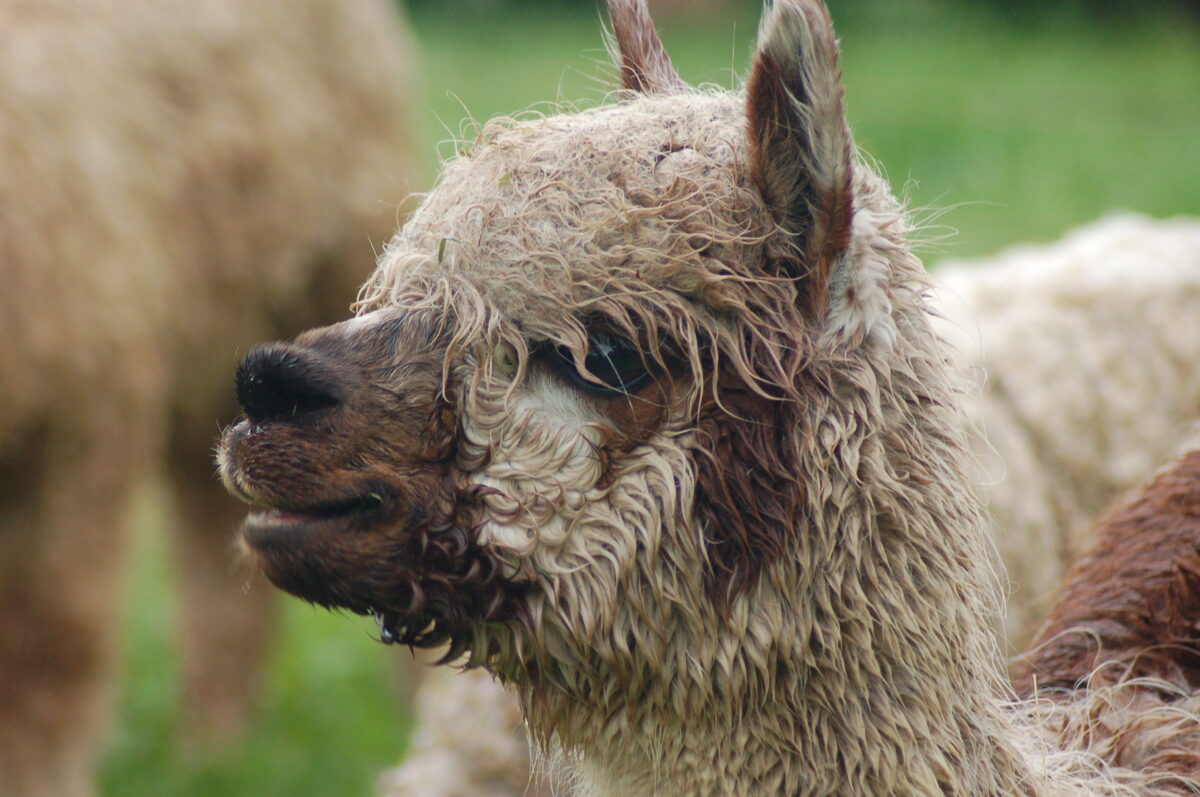 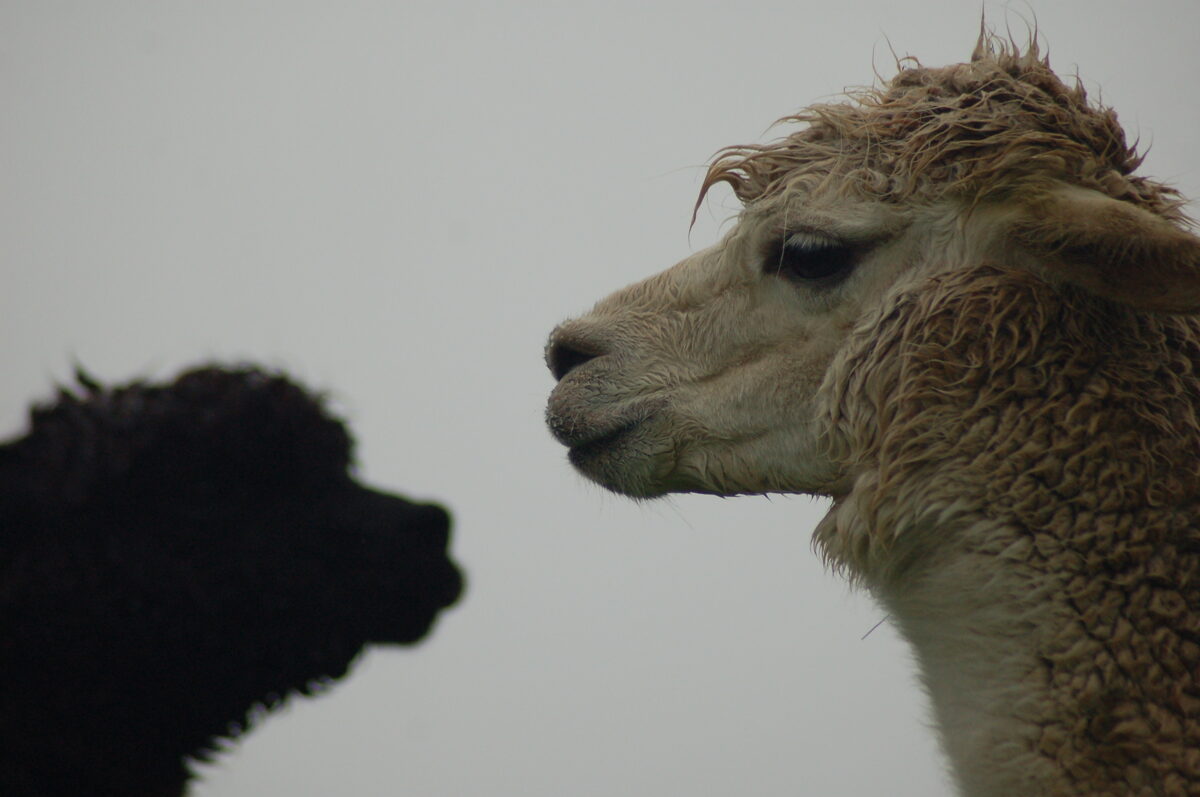 Antonia with Chanel in the background. 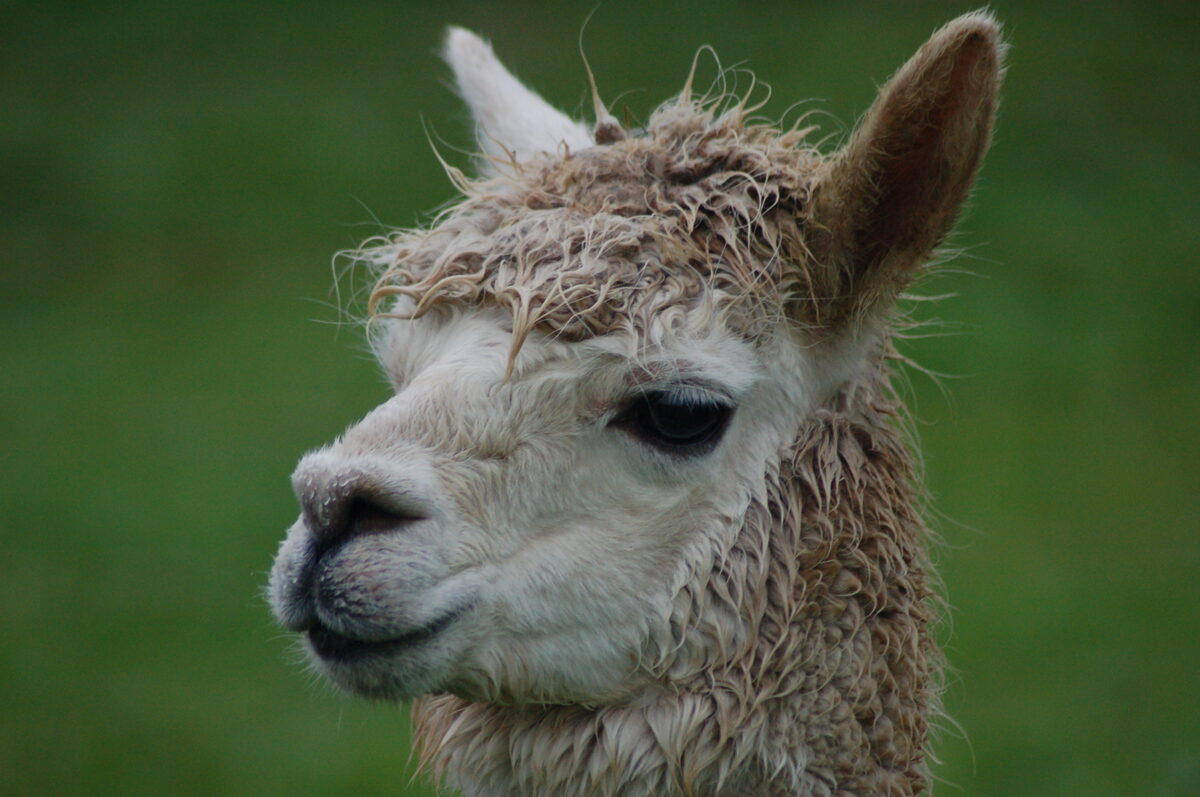 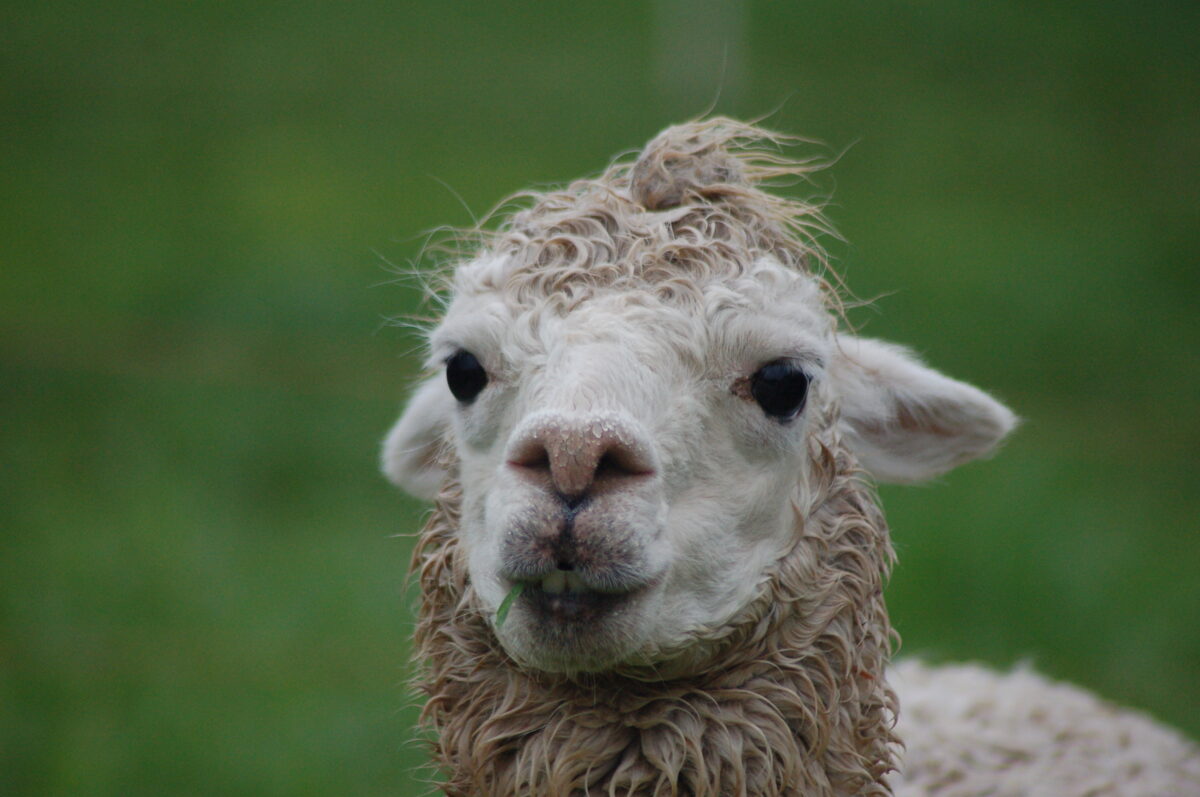 Silla. Sorry Silla but you do remind me of a sheep in this photo. 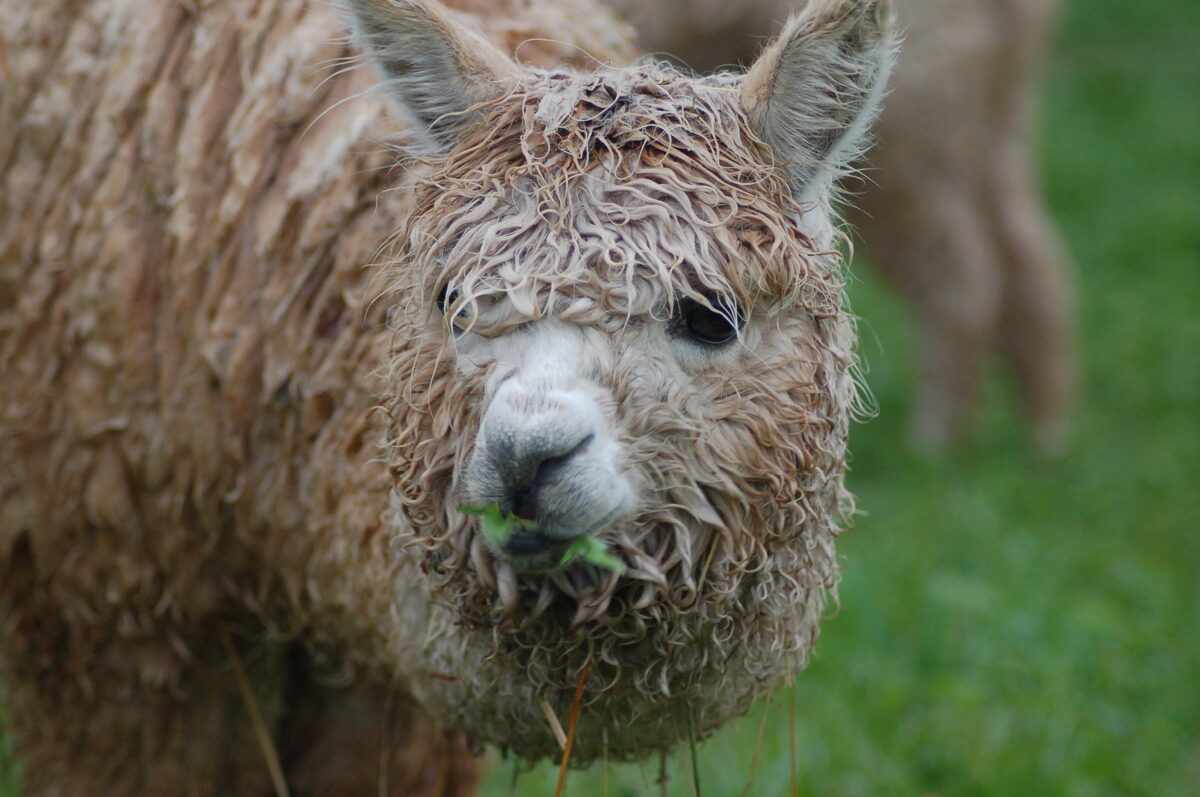 It may be raining but at least the grass is yummy. 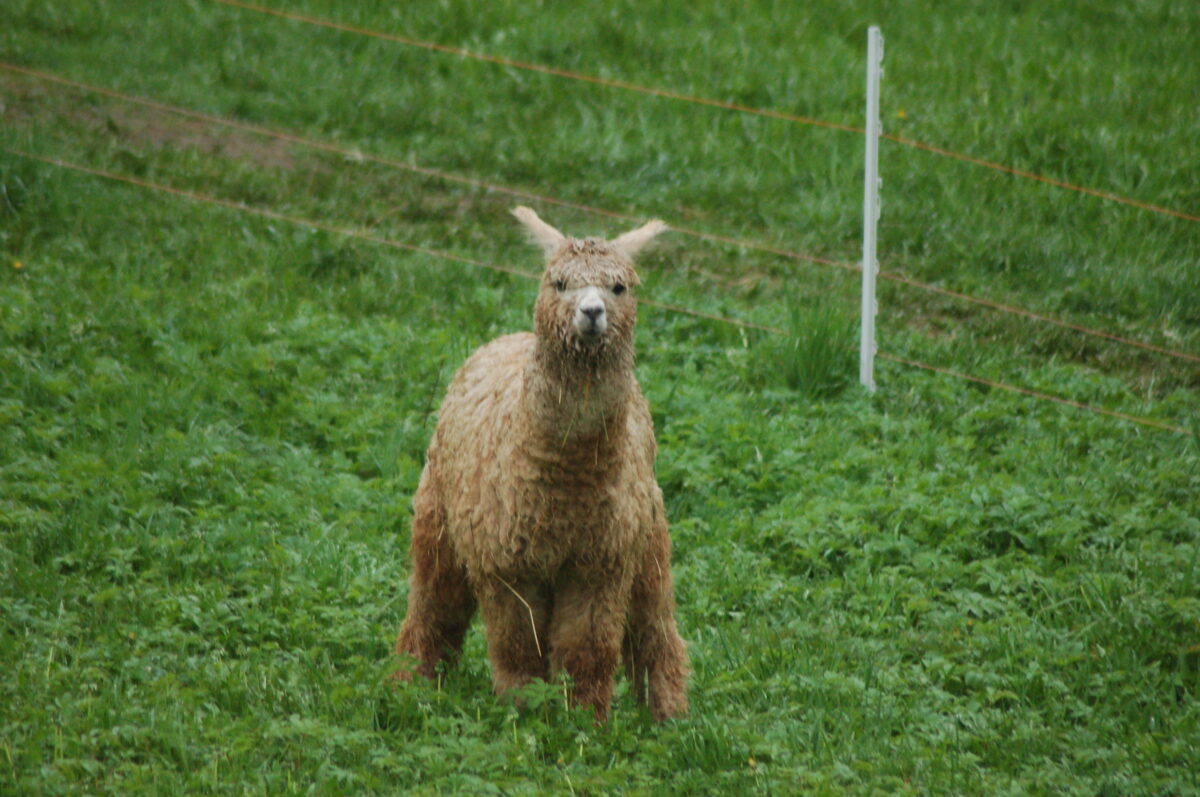 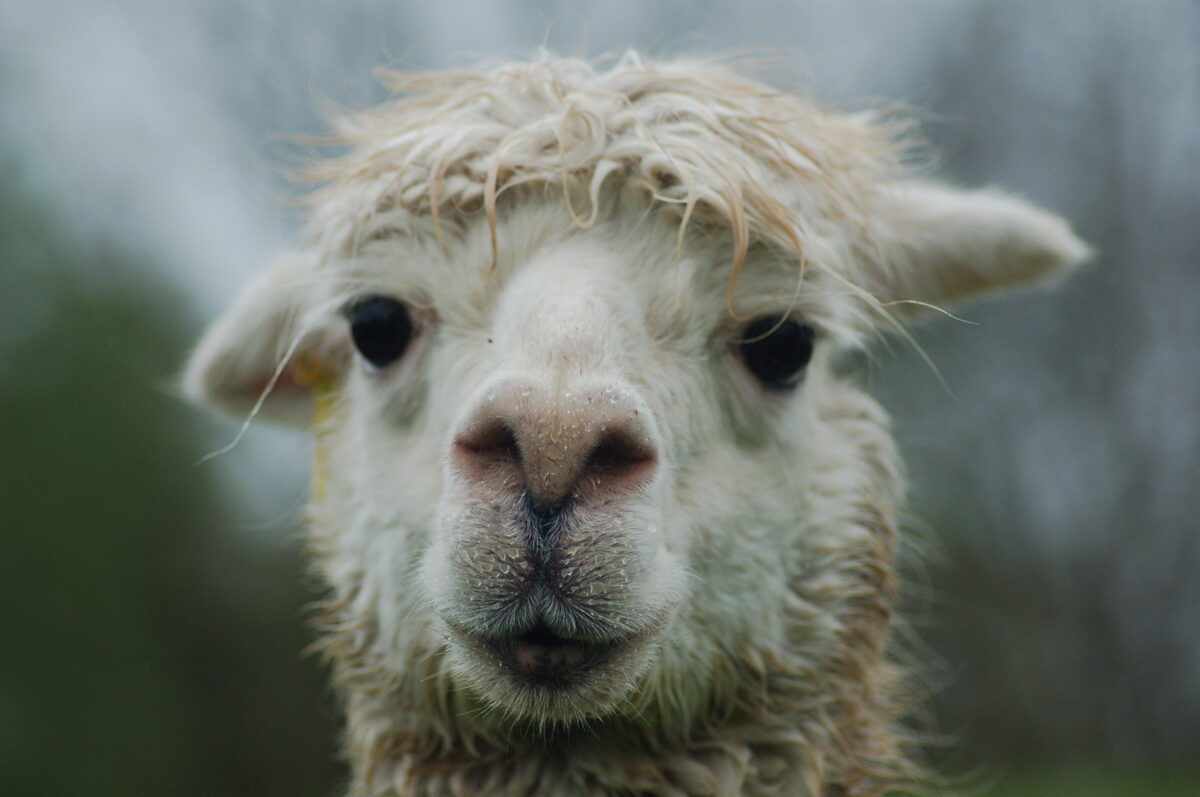 Vanessa having a flat hair day. 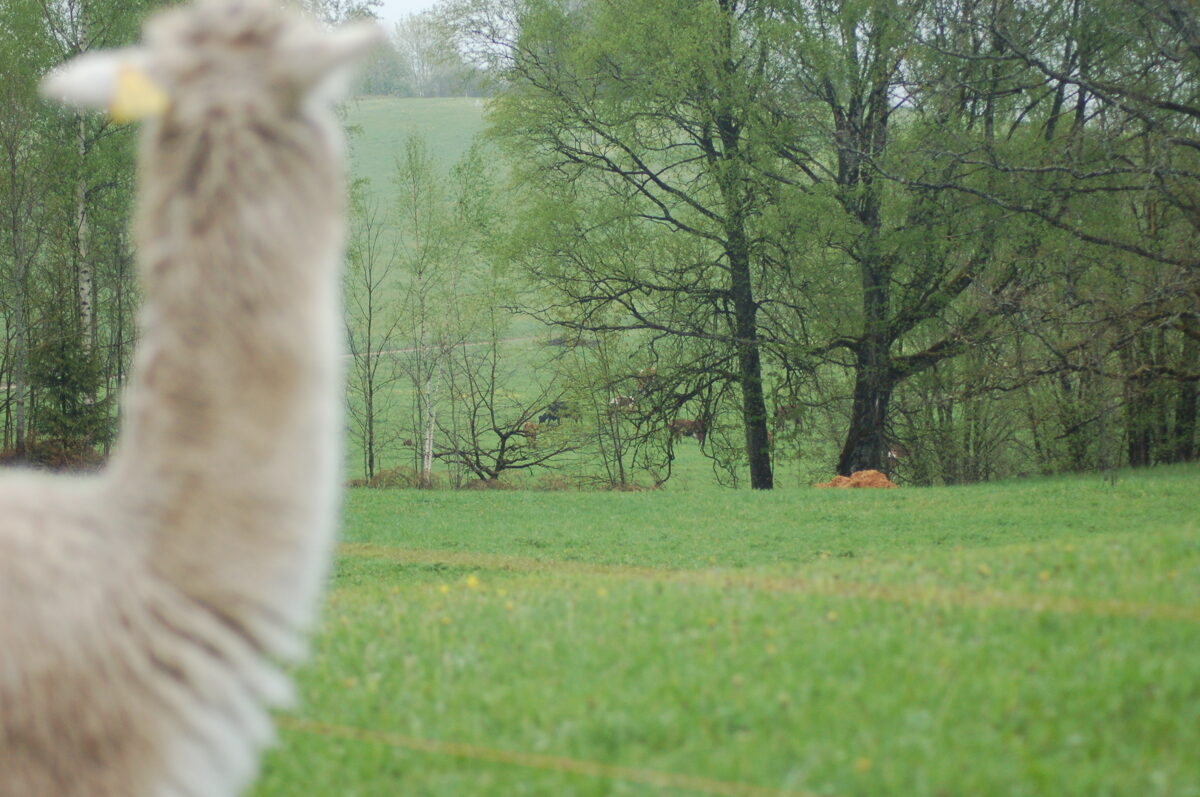 Valeria has spotted the cows in the neighbours field. 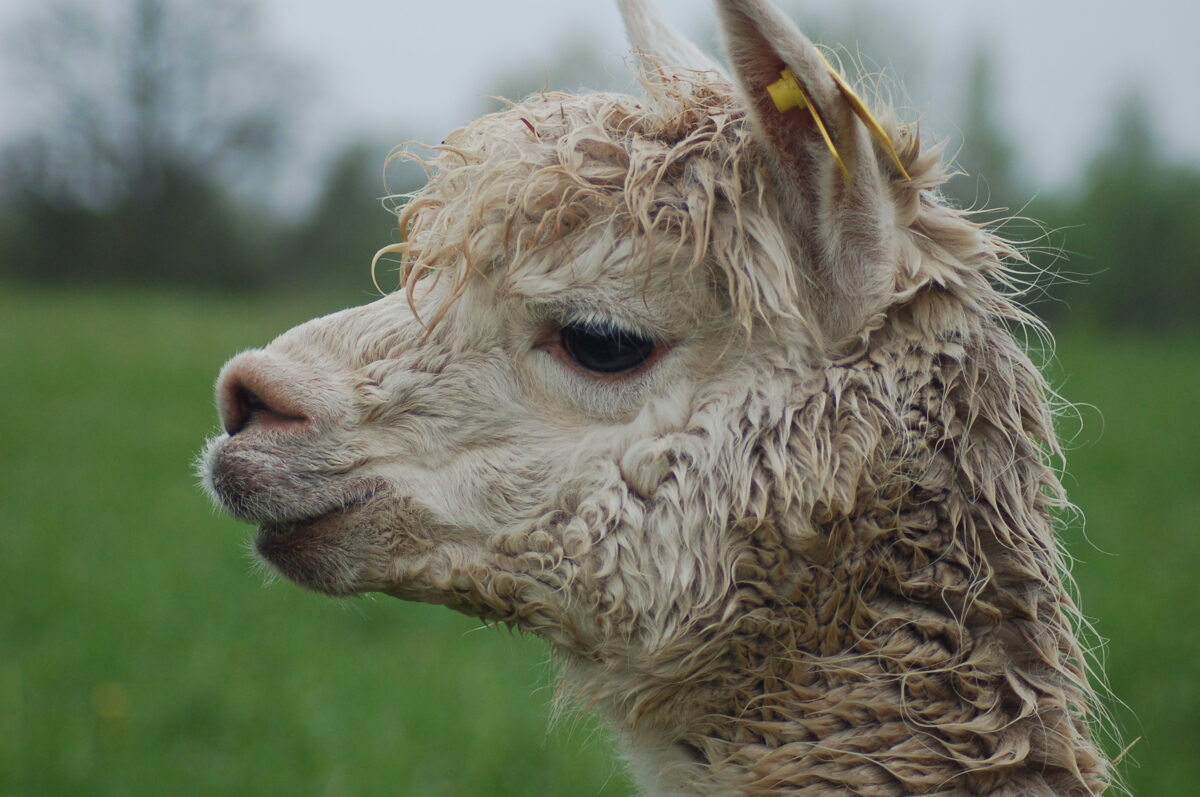 Amanda is due to have her cria in about three weeks time. 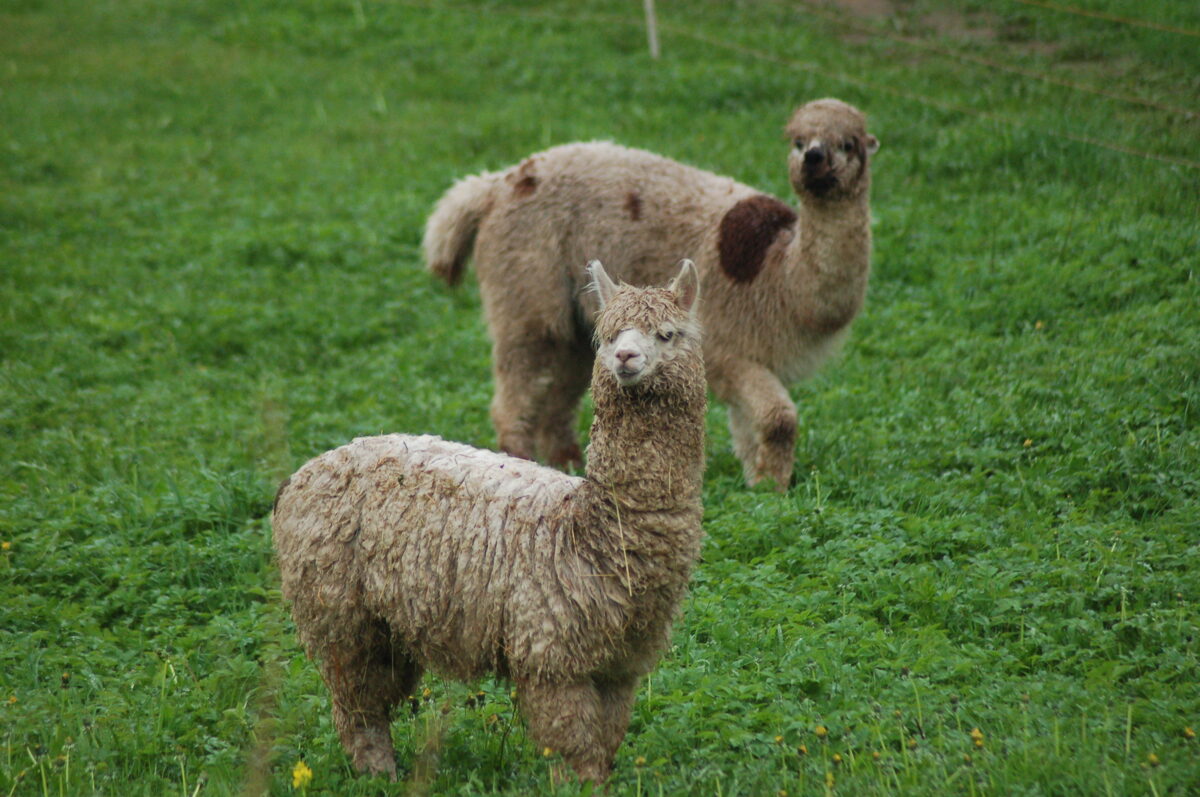 A very wet and grubby looking Karla and Mari. 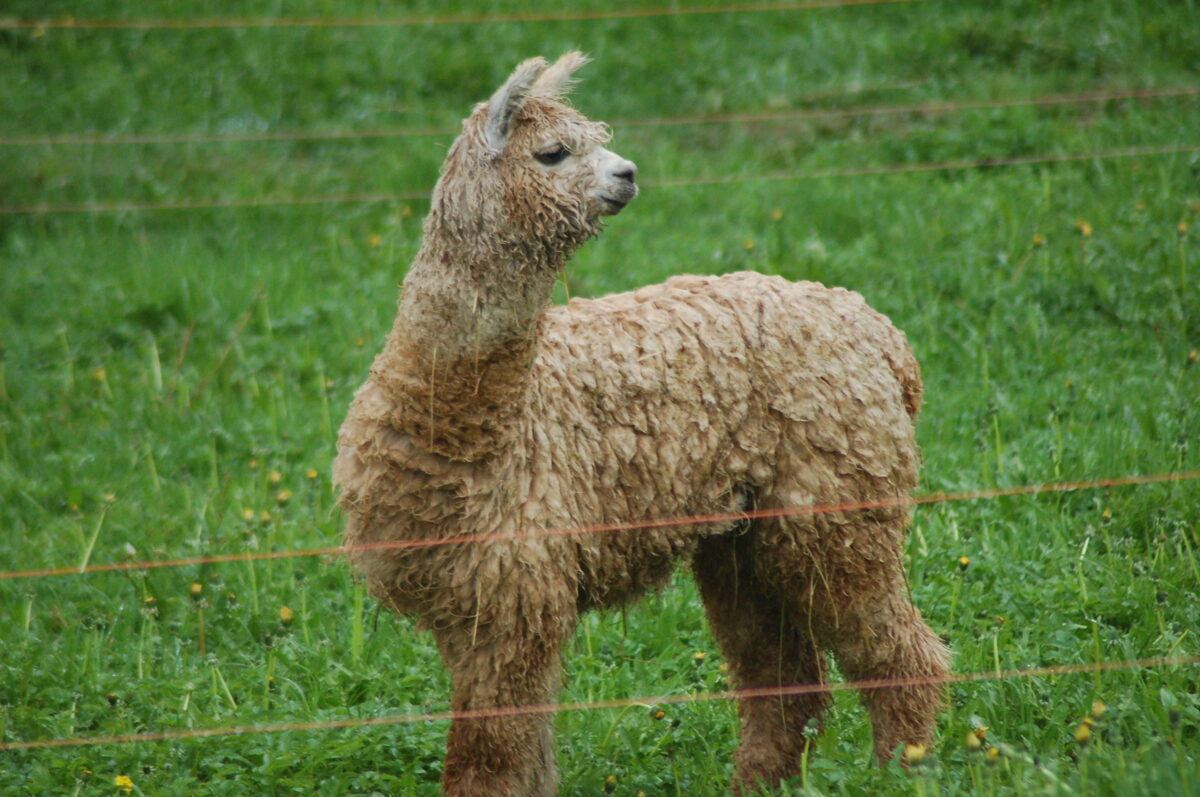 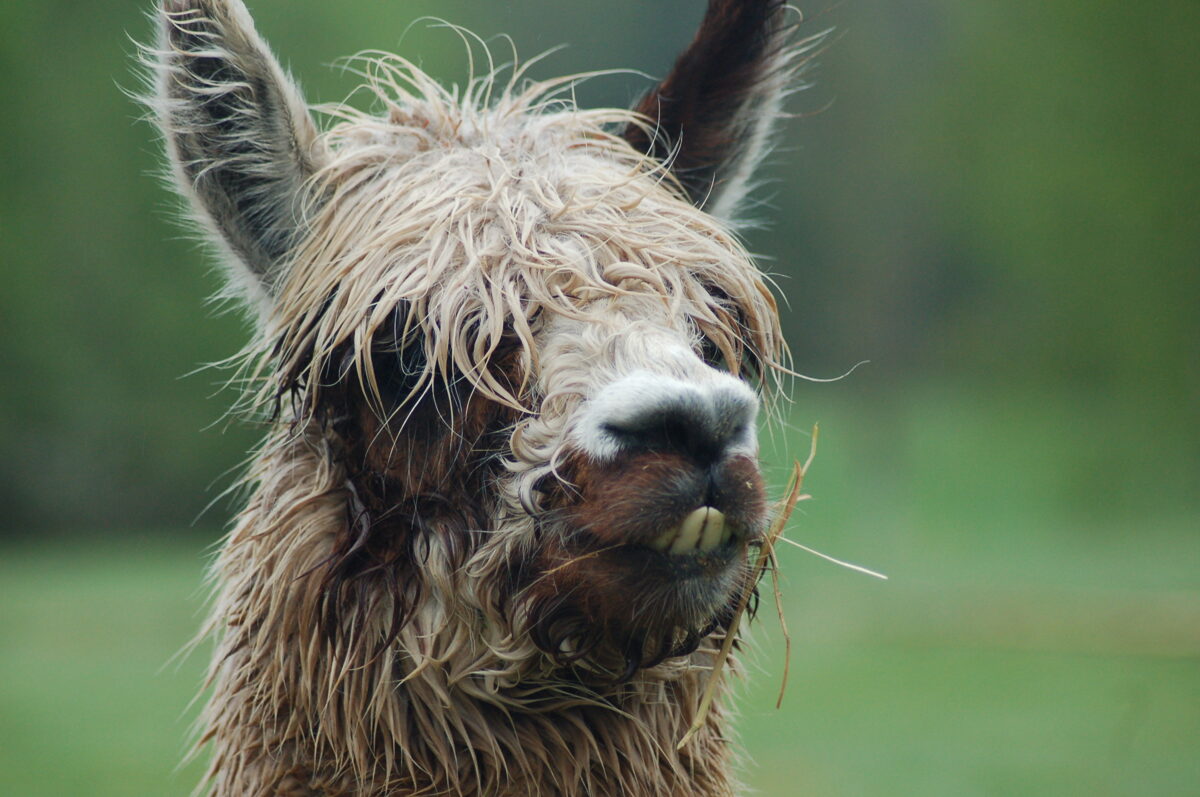 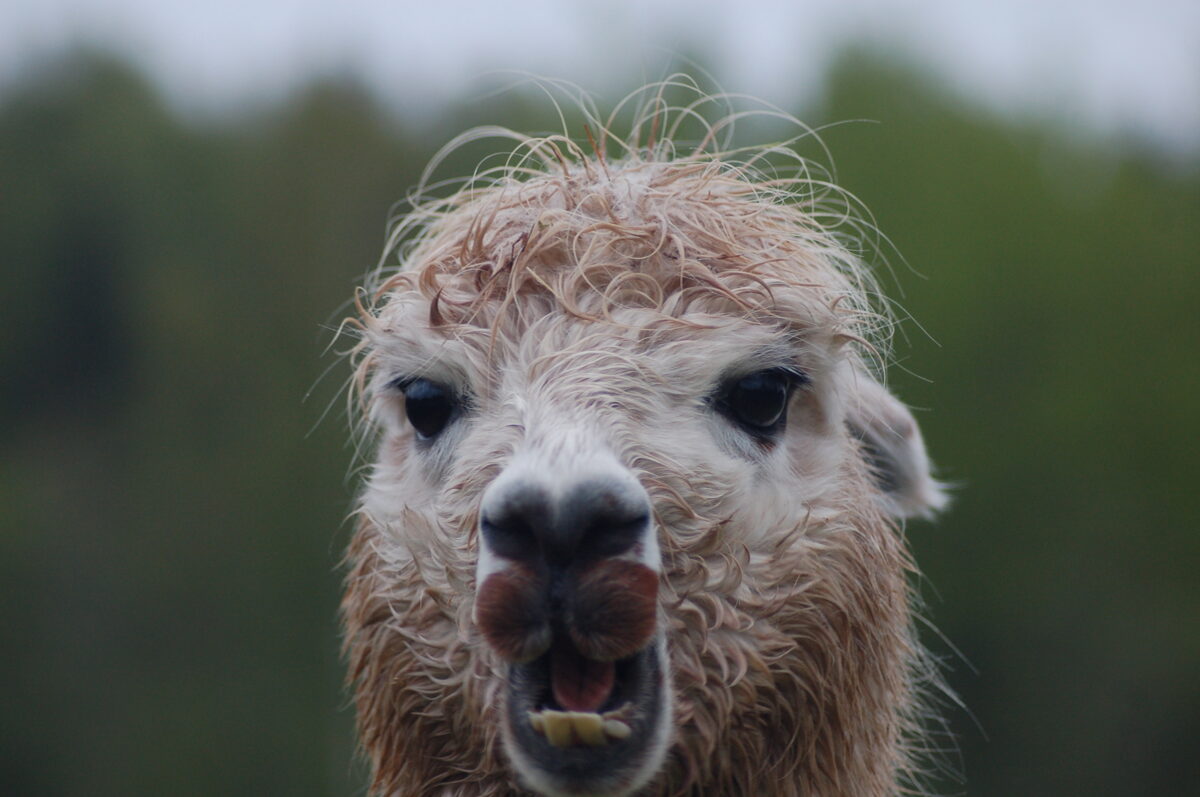 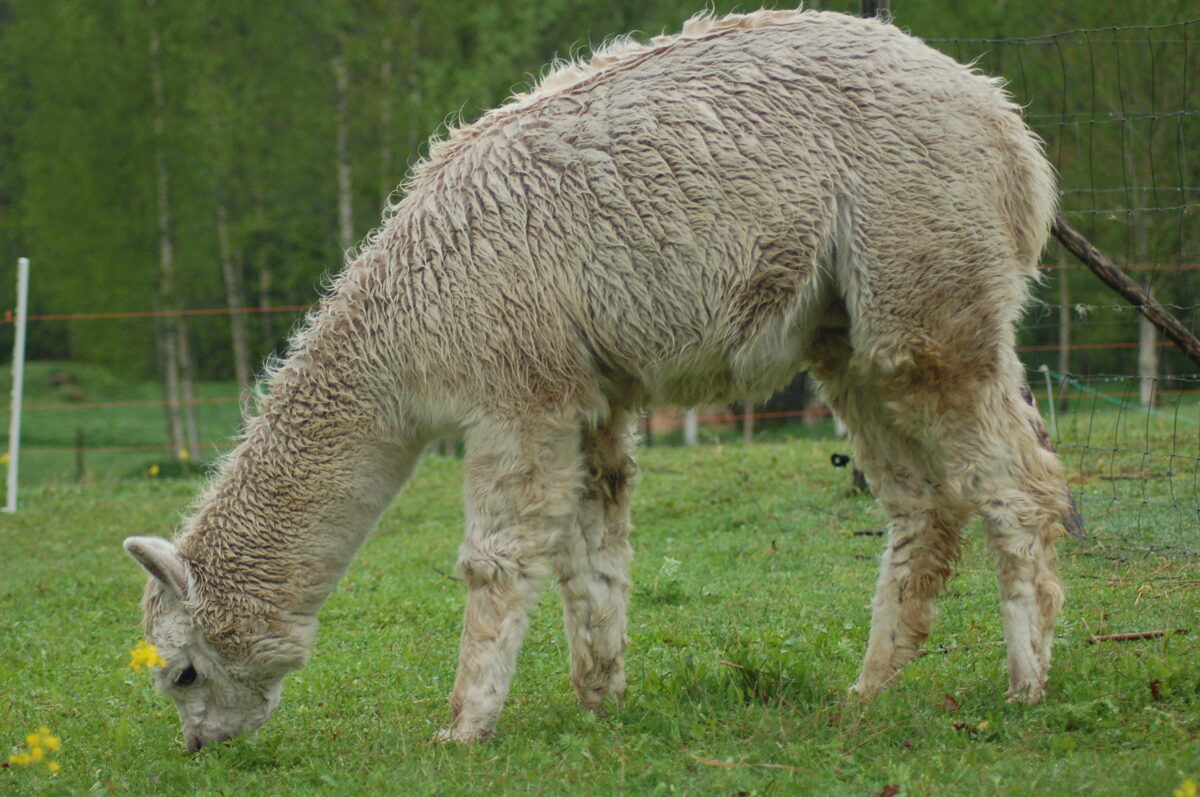 Mr Tellus you should know better than to stay out in the rain at your age. 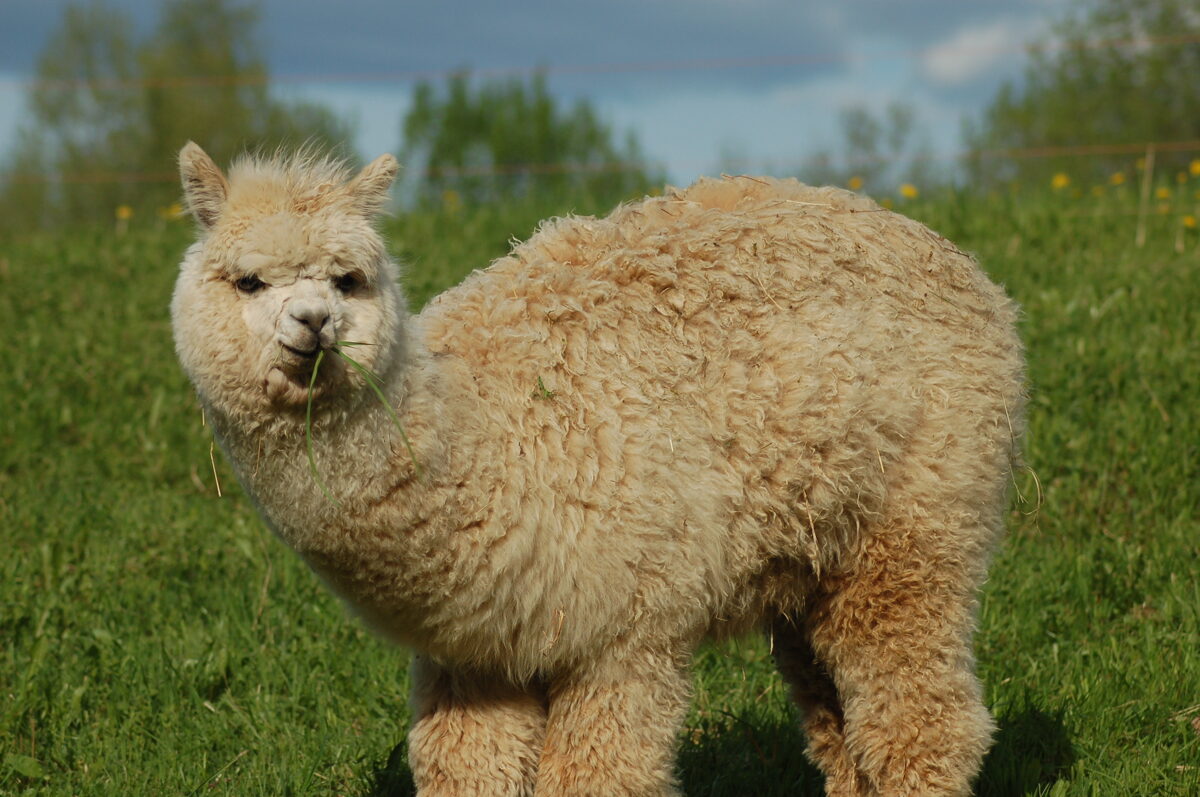 The next day was windy but warm with sunshine and by the afternoon original Lolly had returned. 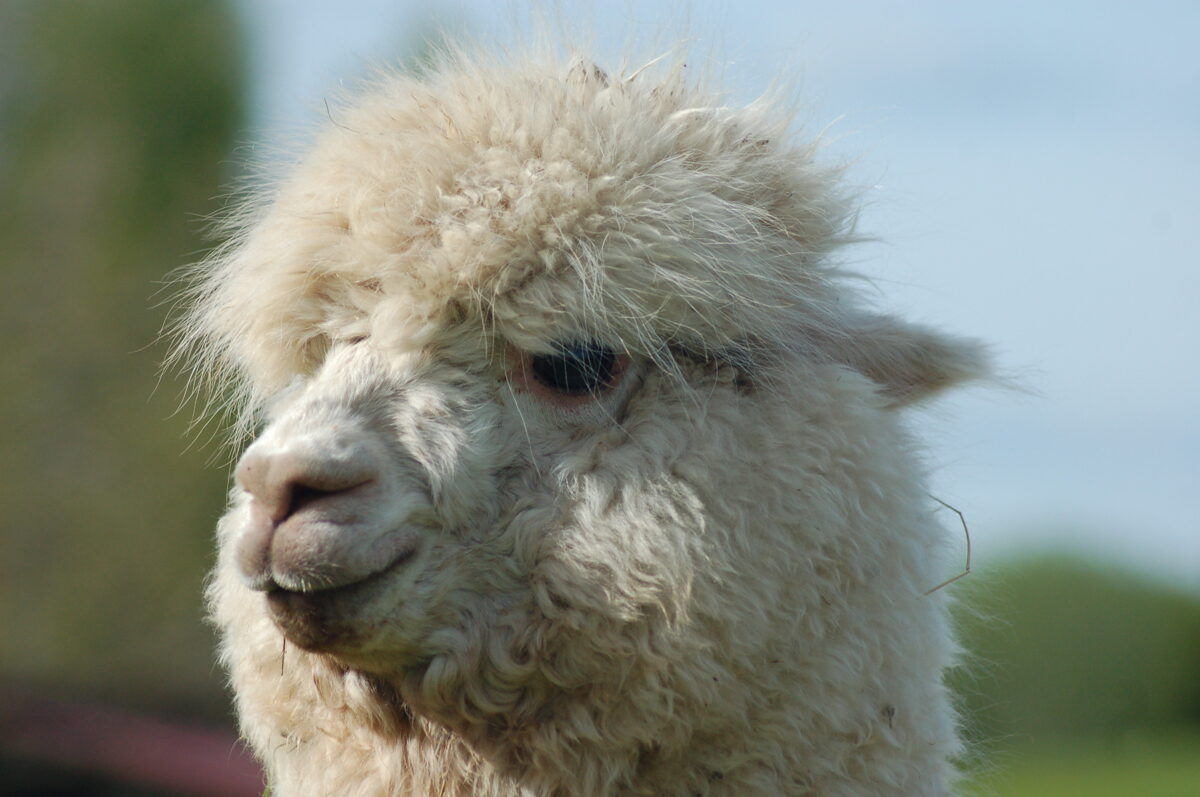 So had fluffy Karla. 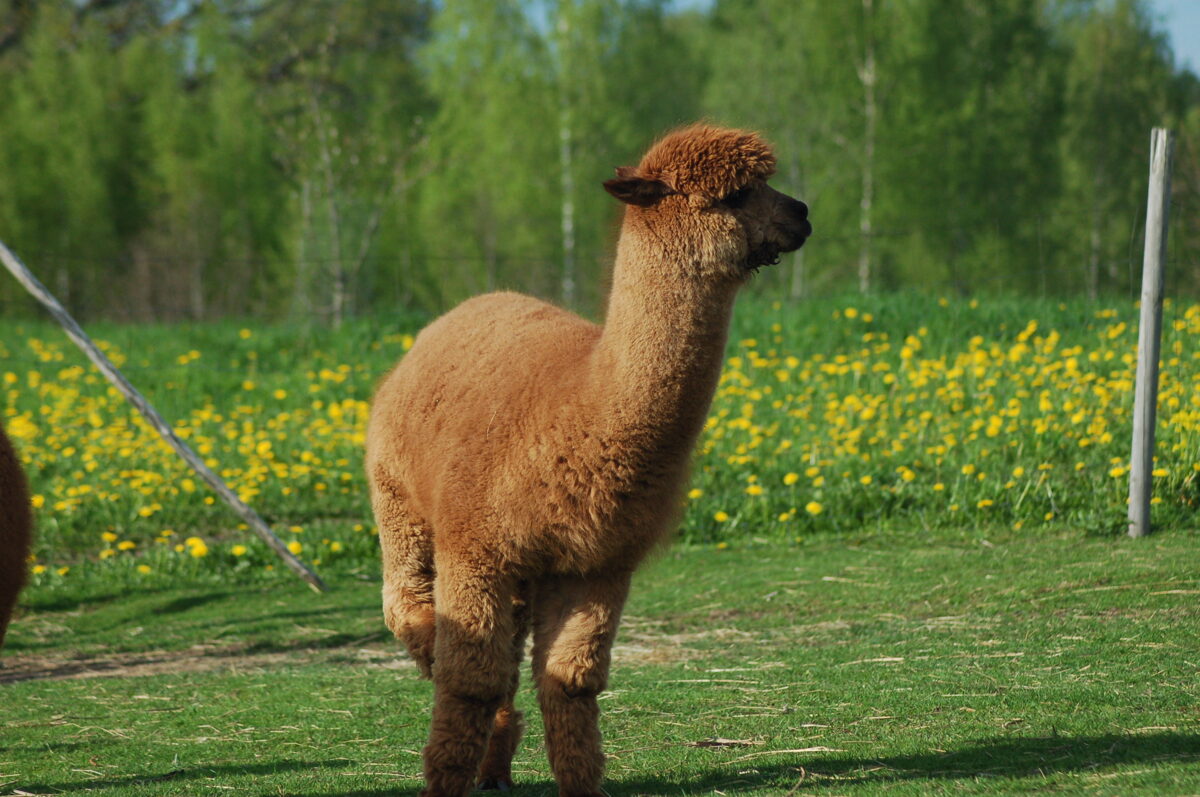 Even George had dried out, now have to hope it stays dry and warm to get them all sheared.