If you remember I called my last blog “Signs winter is on its way” well just to be clear, it arrived, we now have around 5-10cm of snow and it is not forecast to get above freezing for a while. I knew it was supposed to get cold, but the snow has caught me out. I must have missed that bit in the forecast, probably concentrating too much on the temperatures. I wanted to move the old caravan so it was next to the new one, looks like it will be staying where it is for the winter. I also wanted to clear out some bedding from the alpaca houses, guess that will have to wait too. The moles have been a big problem this autumn, leaving big mole hills on the pathway to the girls and in the girls and boys paddocks. I have had to search through the snow to find them and try to level them off as I want the areas to be flat, so it is easy to use the snow blower to clear the snow.

Like I mentioned previously, Marvin was shivering and sitting down a lot, so I had a coat made for him, well he still shivers but not as much and still spends a lot of time sat next to his mum, Amanda. I want to try and get him to start eating the pellet food and was also thinking of trying to see if he will feed from a bottle. Amanda is getting thin, and I wonder if she is still producing either enough or maybe her milk is not good enough quality for Marvin. She does let him feed but I am not sure how often. Amanda does get extra food but is still thin, Marvin, I think, is at least so far not losing weight. (We don’t have scales to weigh them so all I can do is regularly check their body score). I need to try and collect a poo sample to check for gut parasites.

Another one causing us problems has been Aggie, she regularly has a problem with her left eye, which is red and swollen to the point where she can only half open it. Over the years we have tried different antibiotic drops with no effect, but the one thing that always does work is steroid drops. The change is very quick, within days. The swelling goes down and the redness almost disappears, and she can open her eye wide. I think she realises the drops make her feel better as she hardly reacts at all when we hold her to put the drops in. The problem is once we stop with the steroid drops within a month all the swelling and redness returns. We need to talk to the vet to see what we can do for a  more long-term solution.

On the whole last summer has been good for the alpacas, they appear to have put weight on, in fact maybe a little too much for some of the girls. I am very pleased with Mr.P he was thin at the beginning of the year, his body score has improved a lot and his fleece also looks better.

Lelde has been back to help me with cutting my alpacas toenails and came with me to cut someone else’s alpacas toenails. I am just so glad she still wants to learn and help with the alpacas even though she has finished her placement with us. This weekend Joanna and I have been giving the alpacas their Vitamin D injections, did the girls on Saturday and the boys will be done on Sunday. The girls were good, even though I did get spat at by Chanel, but it was my fault. I was trying to separate her daughter (Ilvija) and grandson (Norman) and she was just doing what any over protective mother / grandmother would do. Typical though she was fine giving her the injection but touch her daughter and “spit happens”. 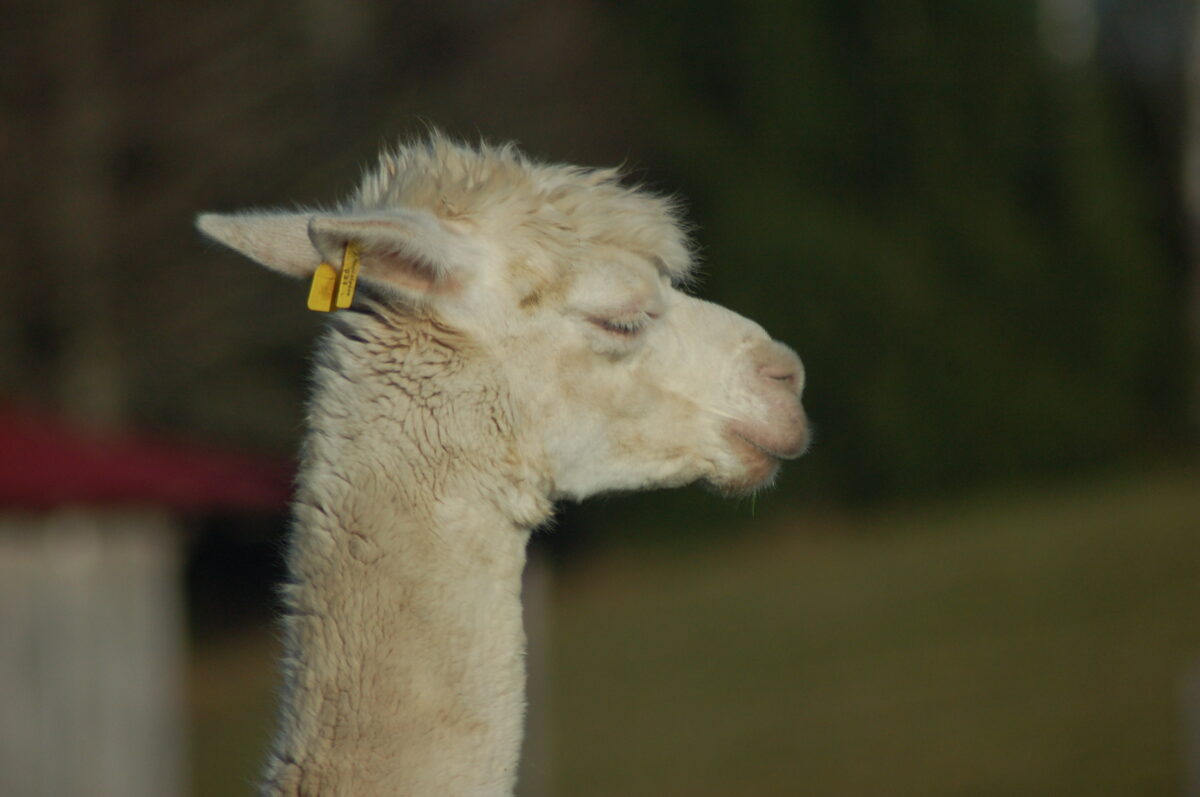 Vanessa is looking more and more like her mum, the wonderful Lady V. She has inherited that "One is not amused" look. 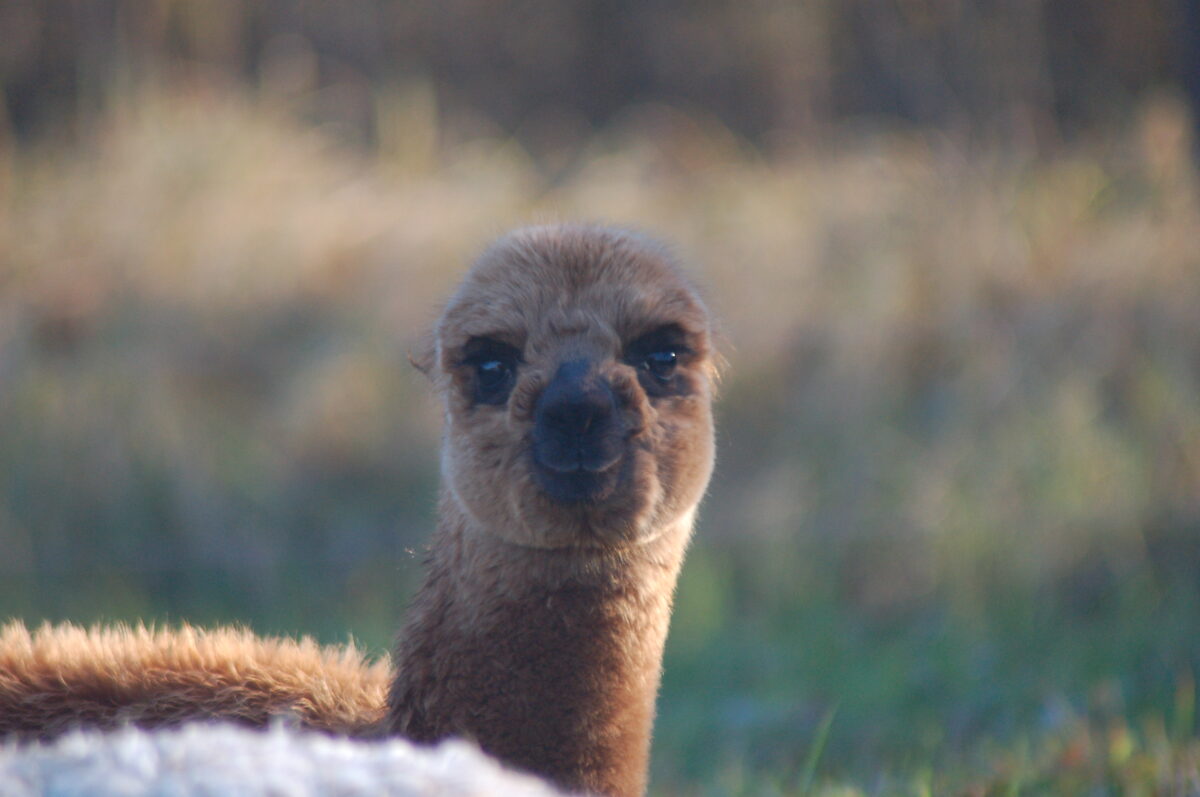 Norman with a big smile on his face. 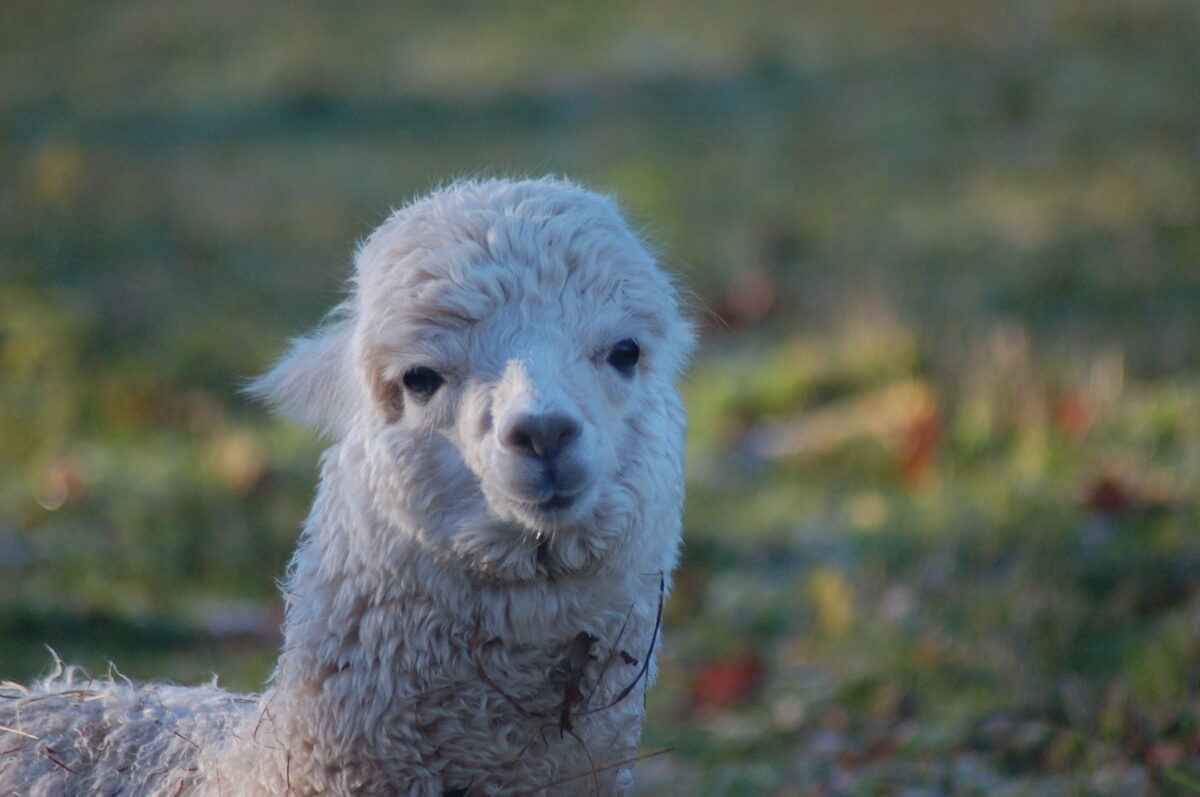 Marvin on the other hand look a bit down. 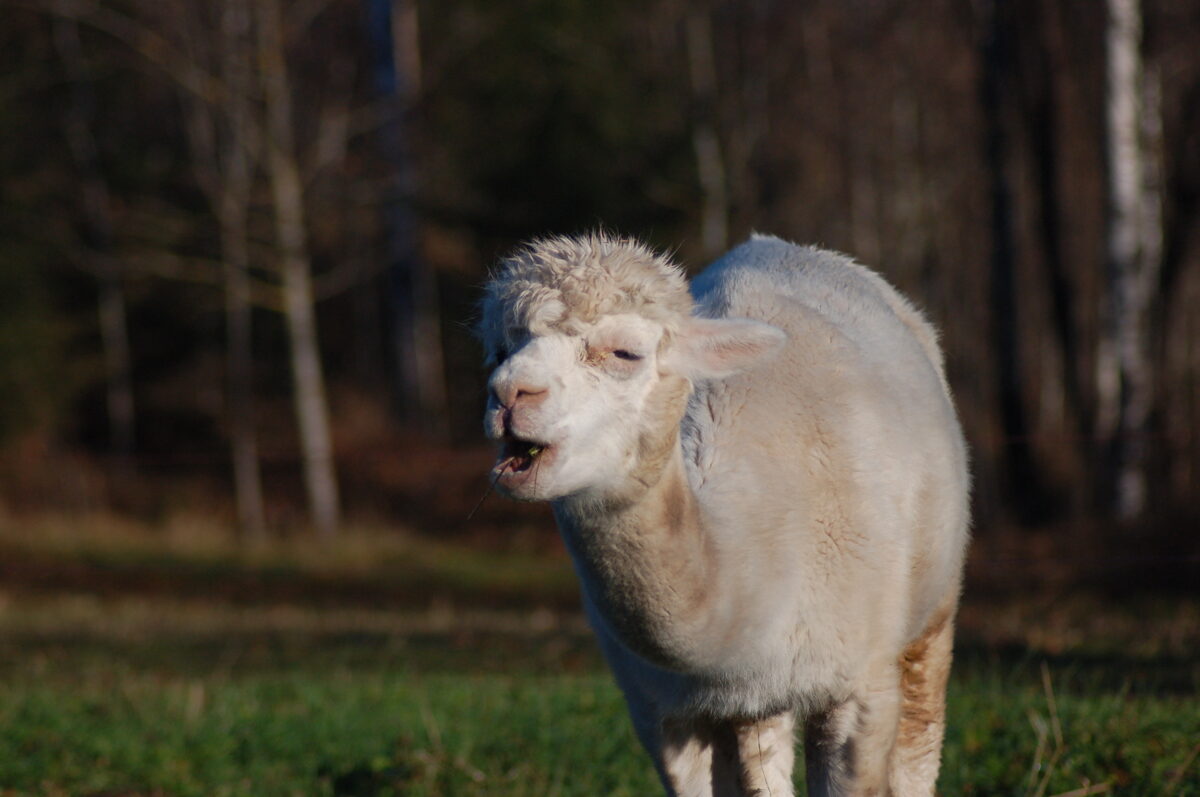 Aggies left eye regularly gets red and swollen and she can only half open it. We have tried various antibiotic drops to no avail,  but have found steroid drops clear it up within days. 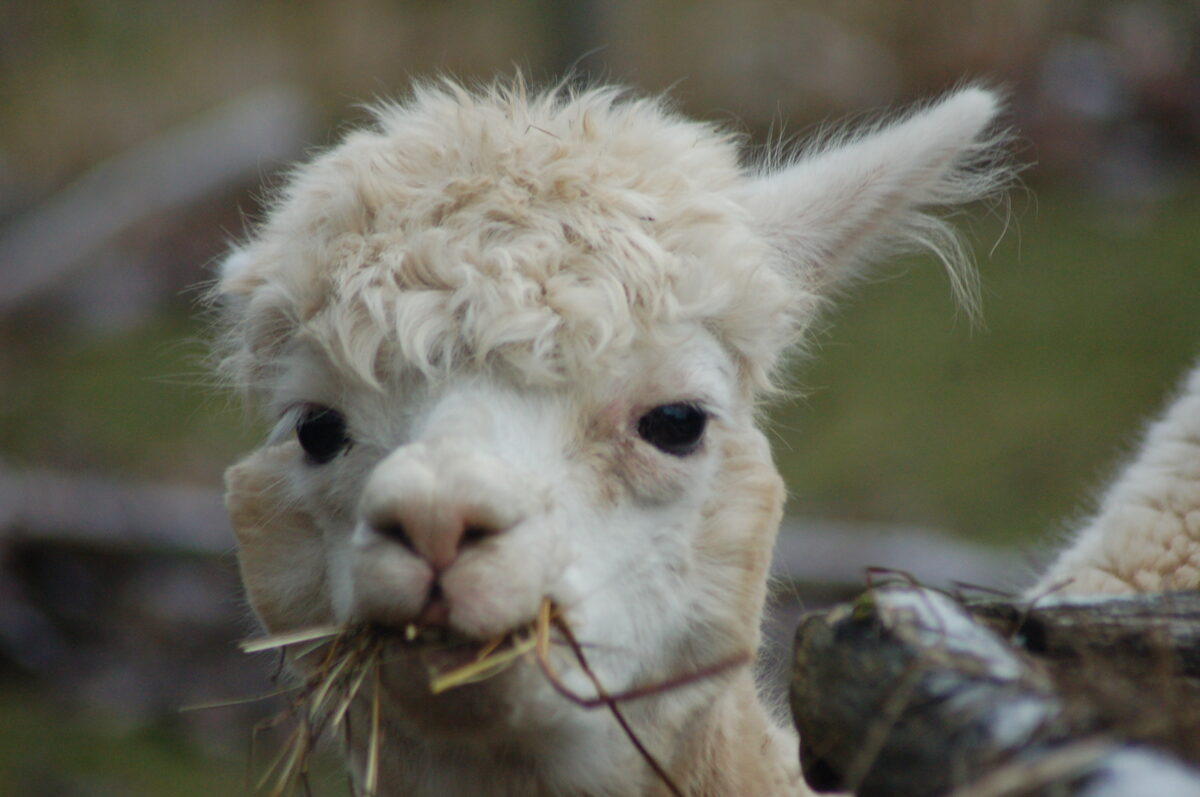 This is Aggies eye after about three days of steroid drops, so much better. 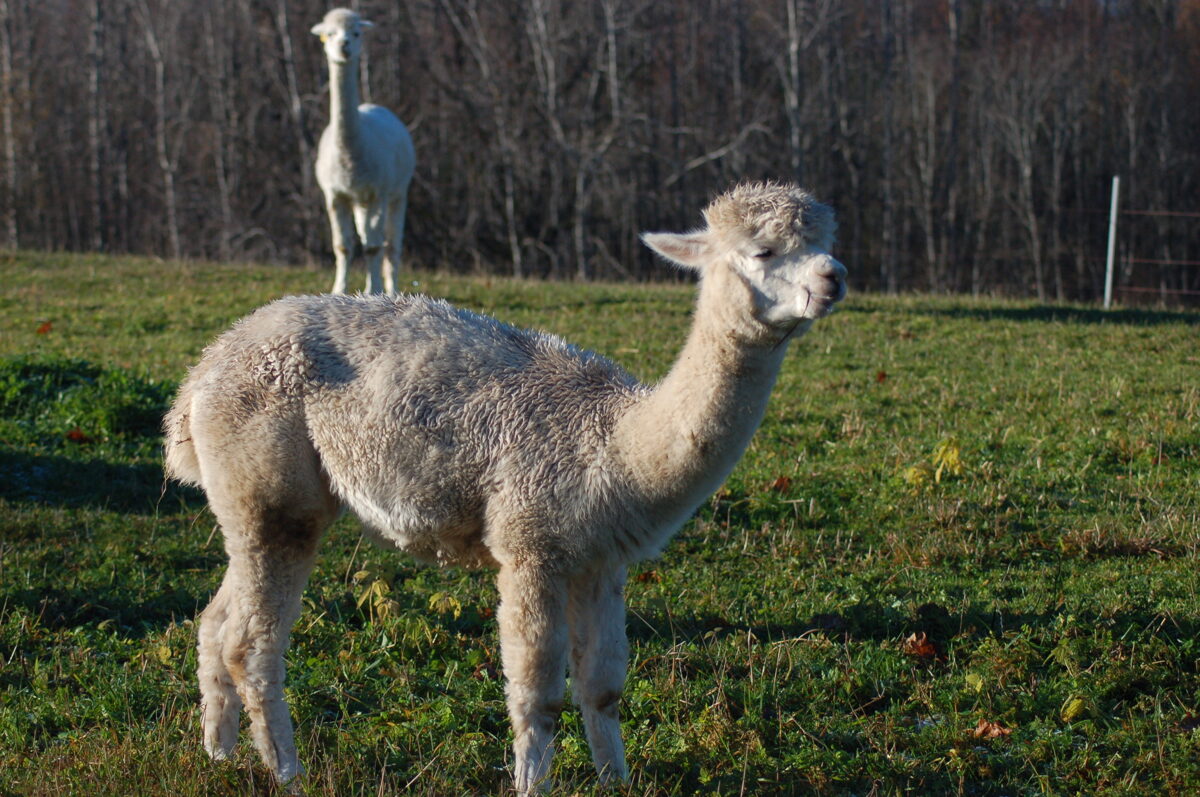 I have been working hard just lately teaching the alpacas circus skills, here is Vanessa balancing on Karla's back. Impressive Eh? 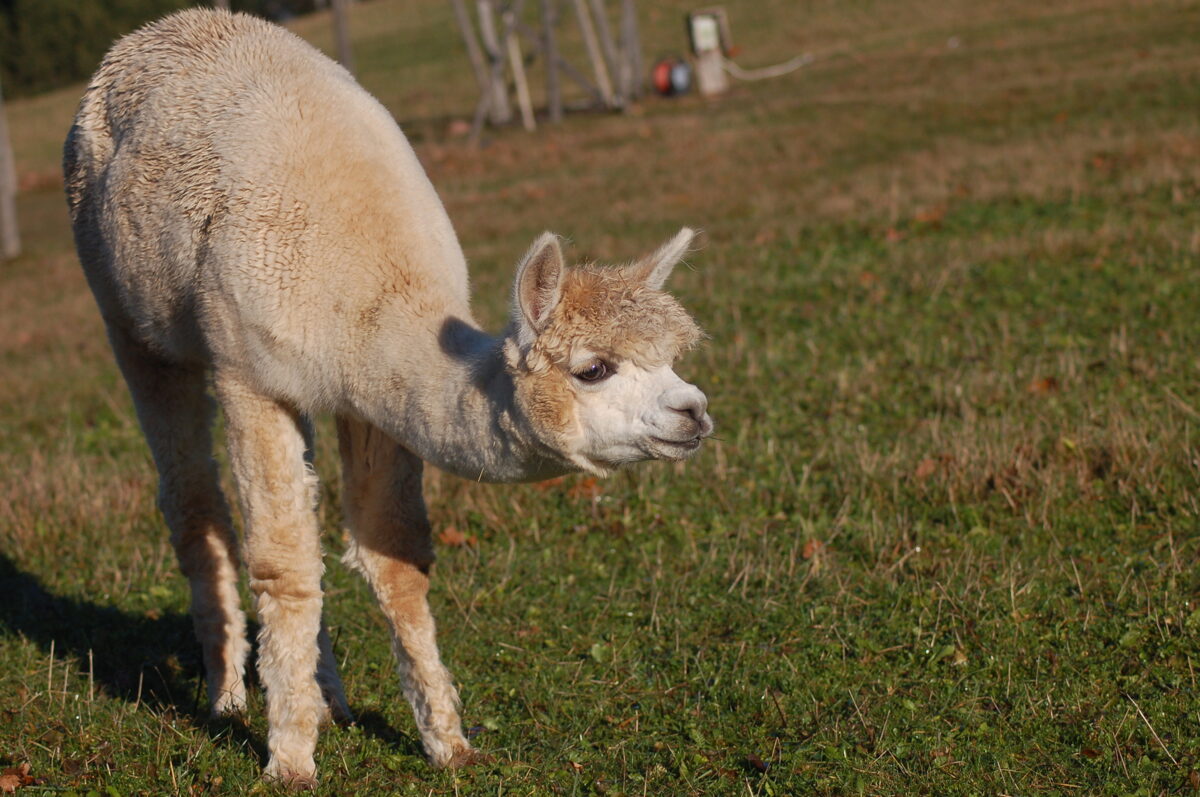 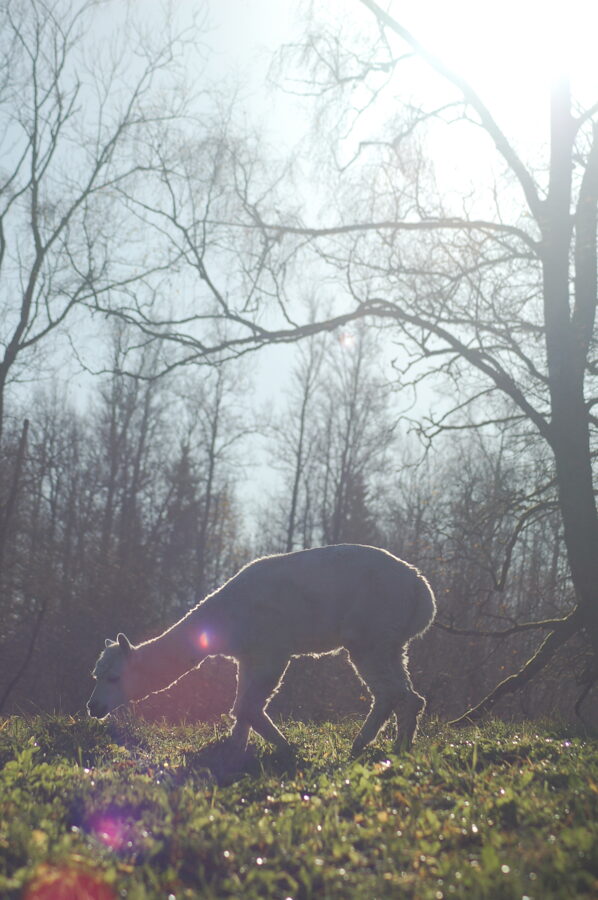 Mr Tellus in the morning sun. 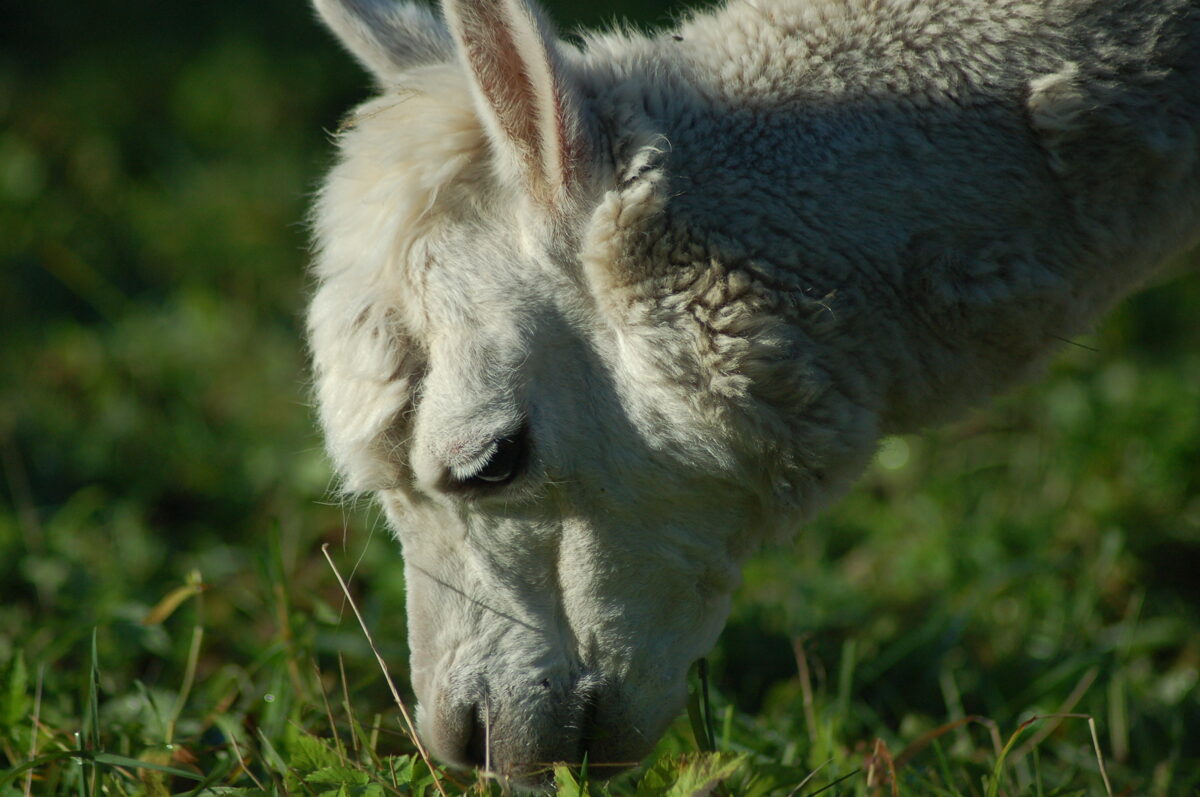 Mr Tellus will be 16 next year, I think like me, age is beginning to catch up with him, he has lost a little weight and his front teeth are very worn, no idea what his back teeth must be like. Maybe he needs glasses too. He maybe getting old but he is still the boss. 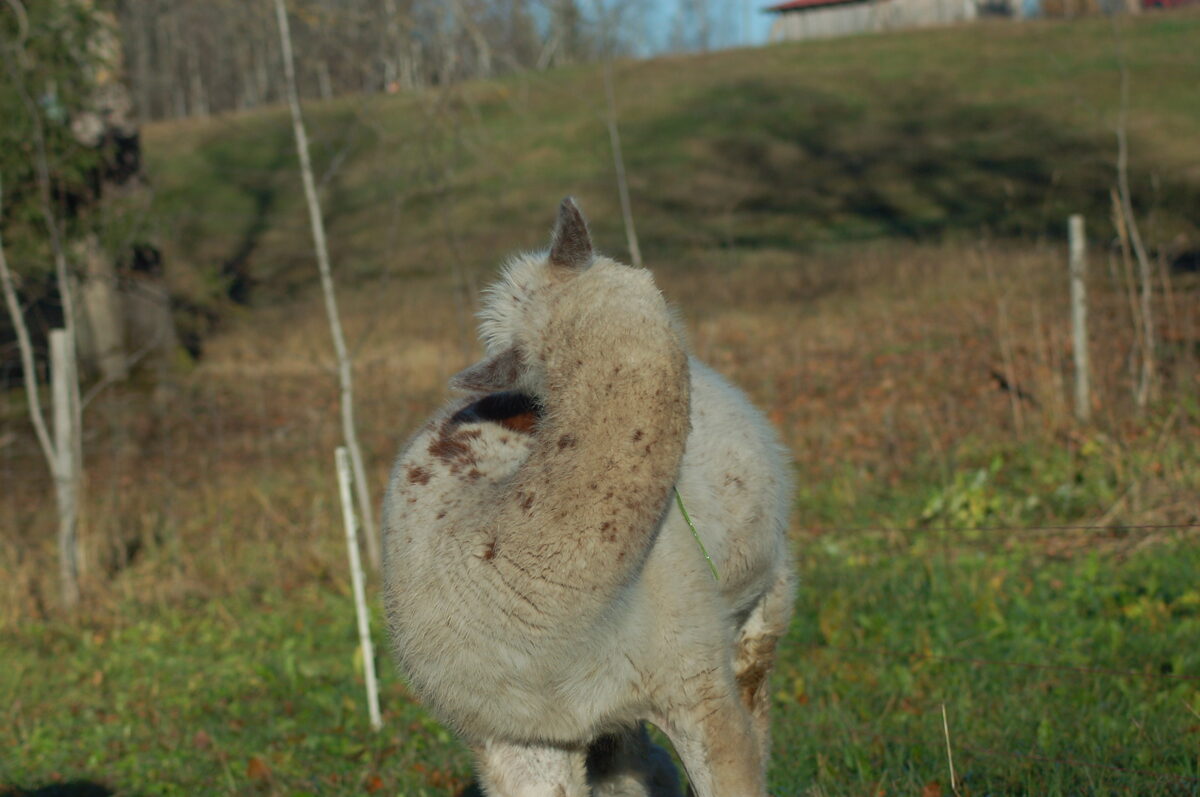 Jakobs has gone all shy. 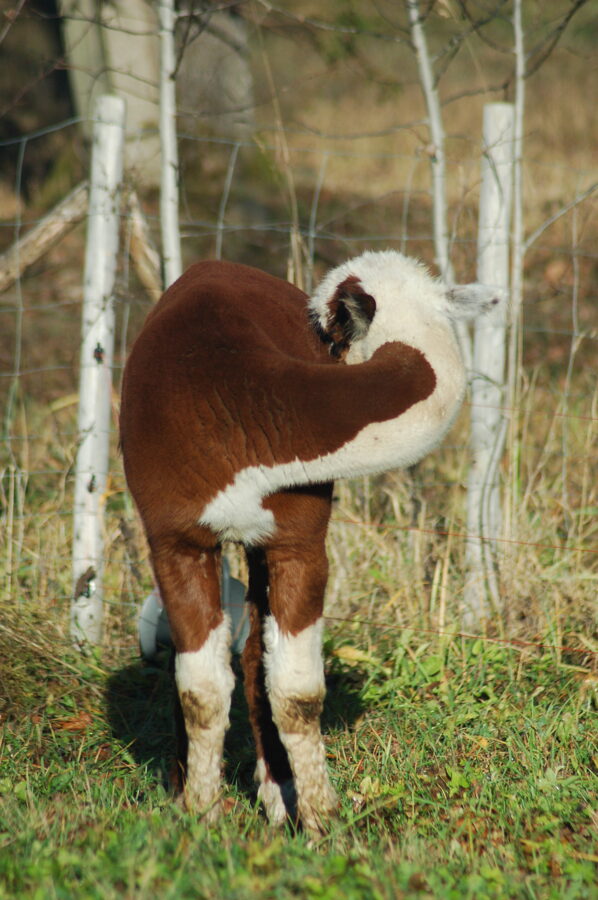 It must be spreading Josefs has gone all shy too. 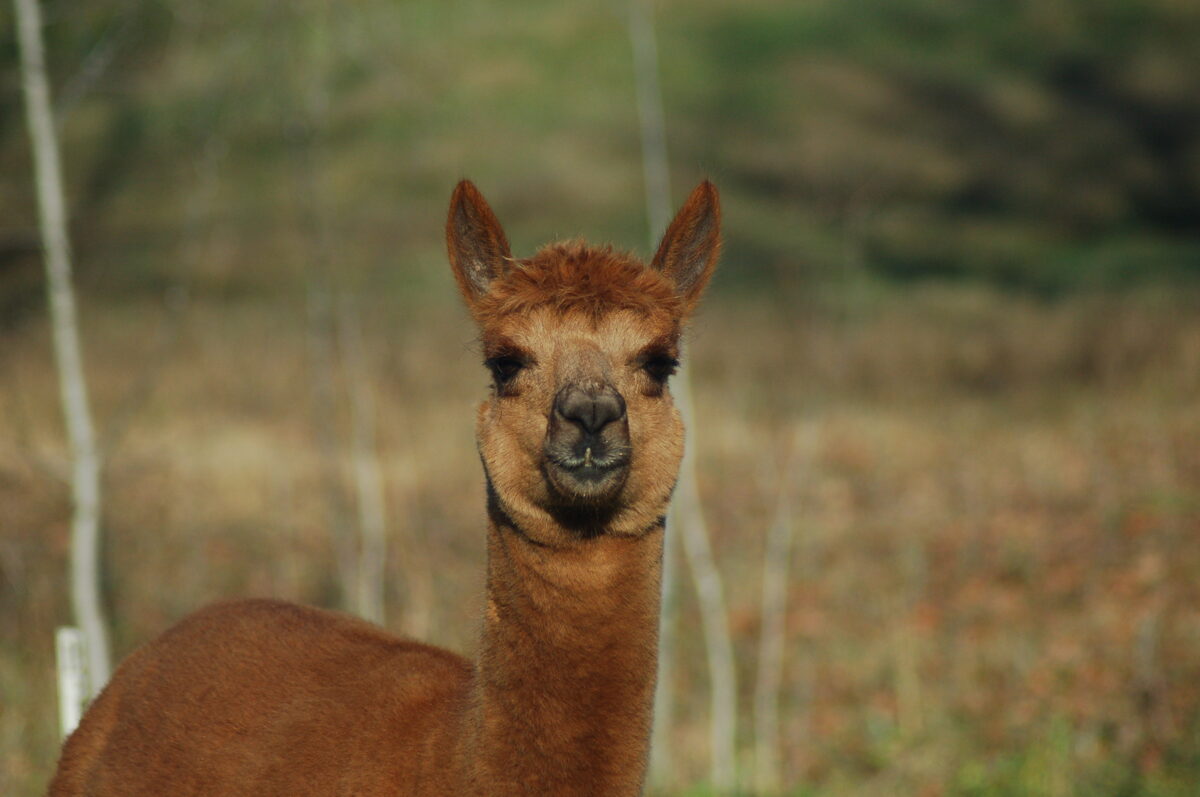 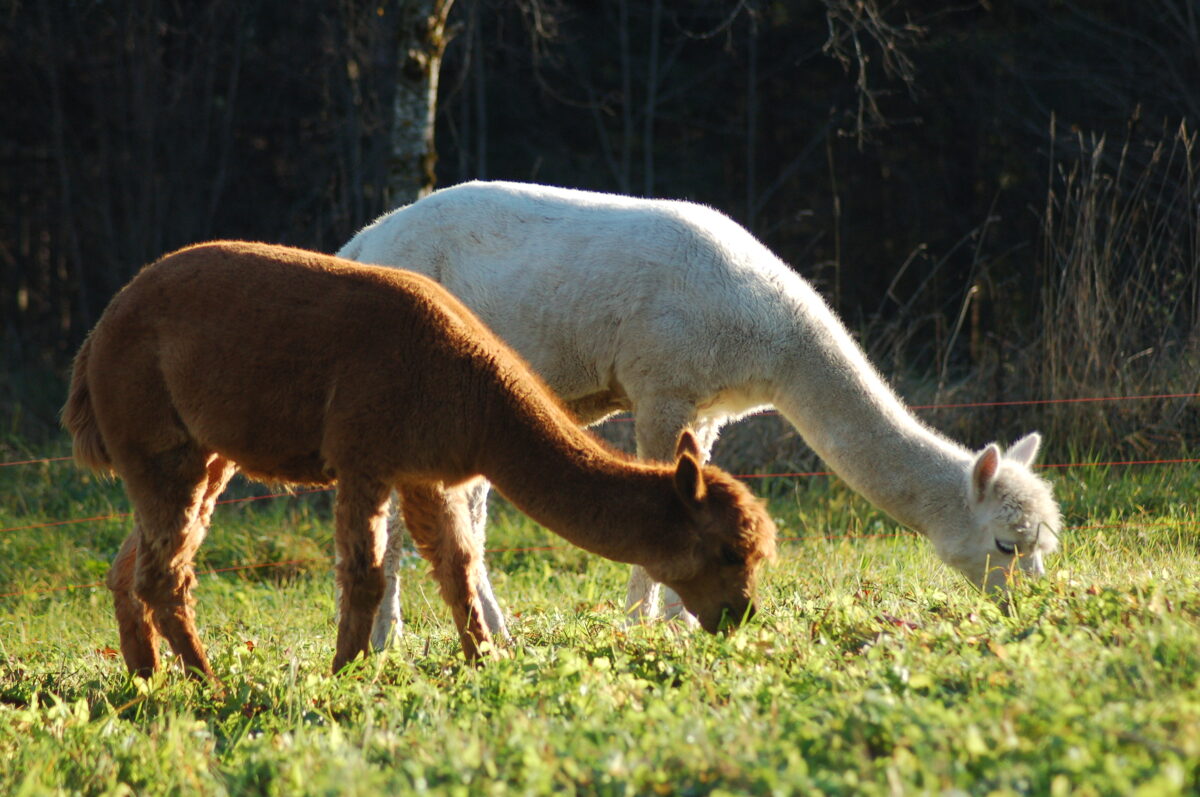 Brencis and Freddie together. Shows just how much bigger Brencis is. 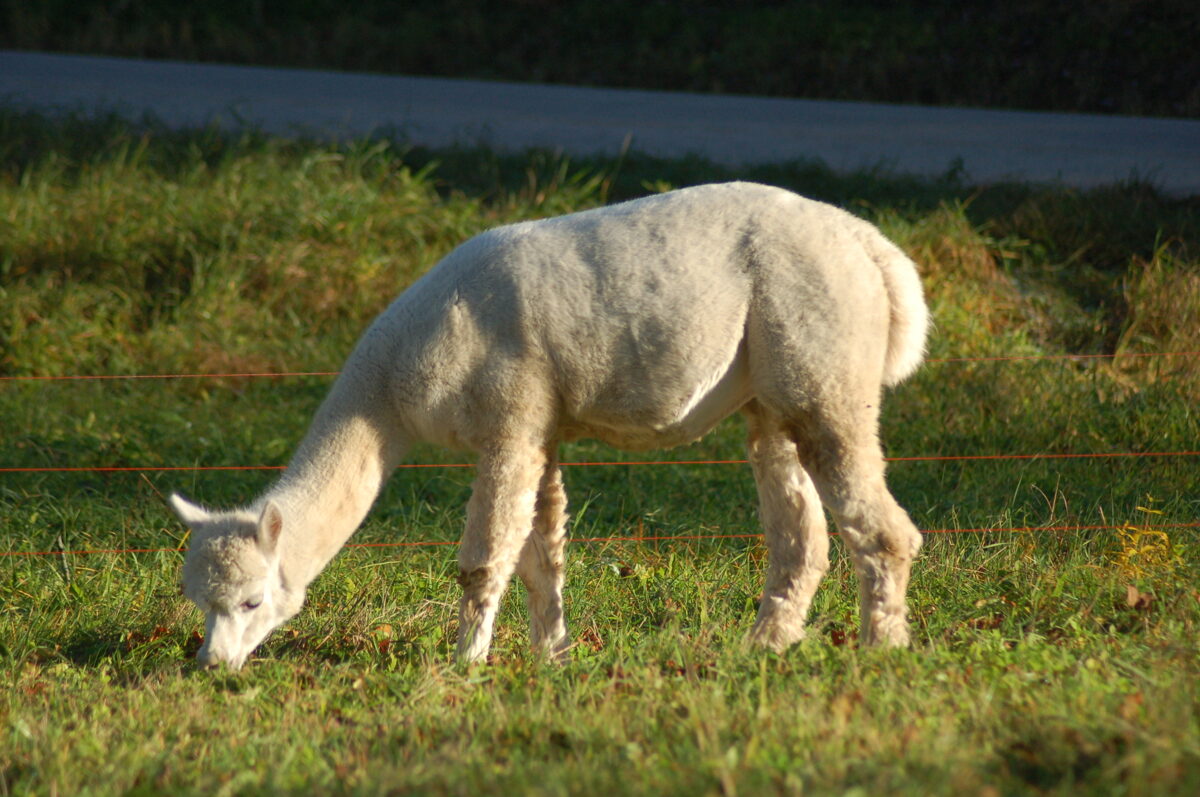 He is a big lad, just so solid. 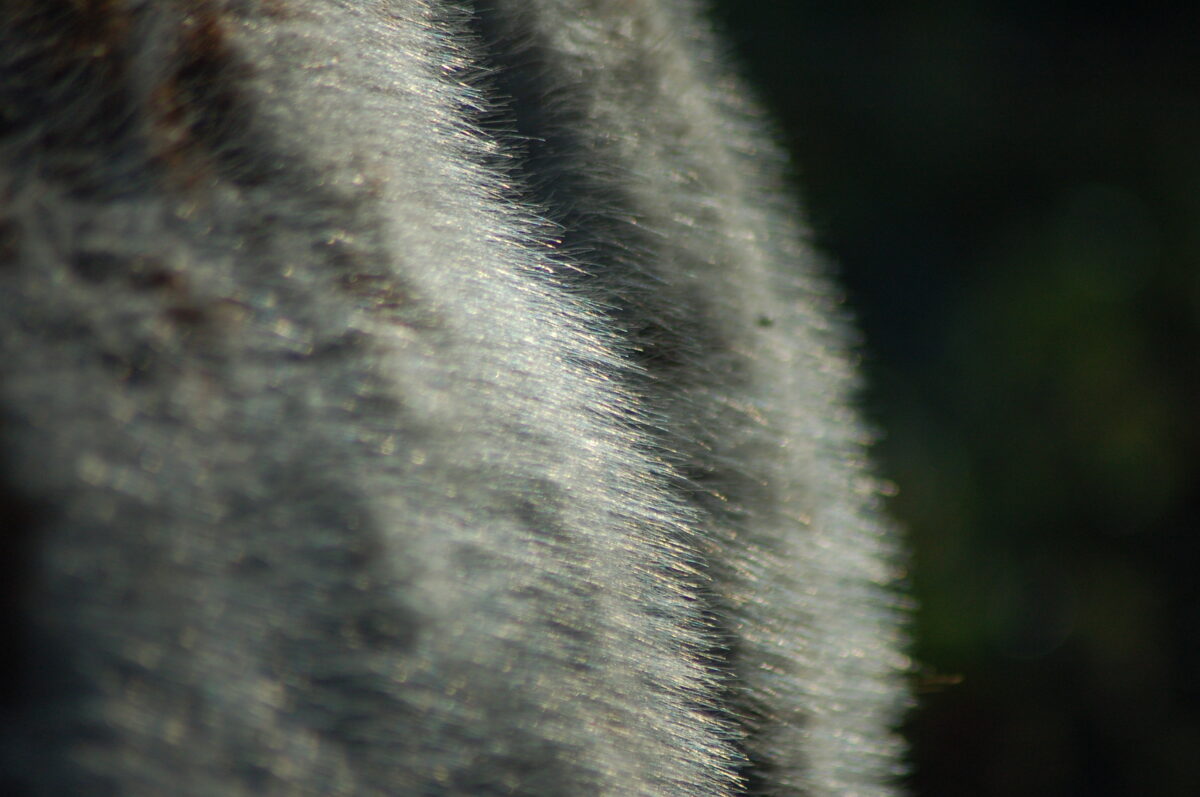 Close up of Jakobs fleece. 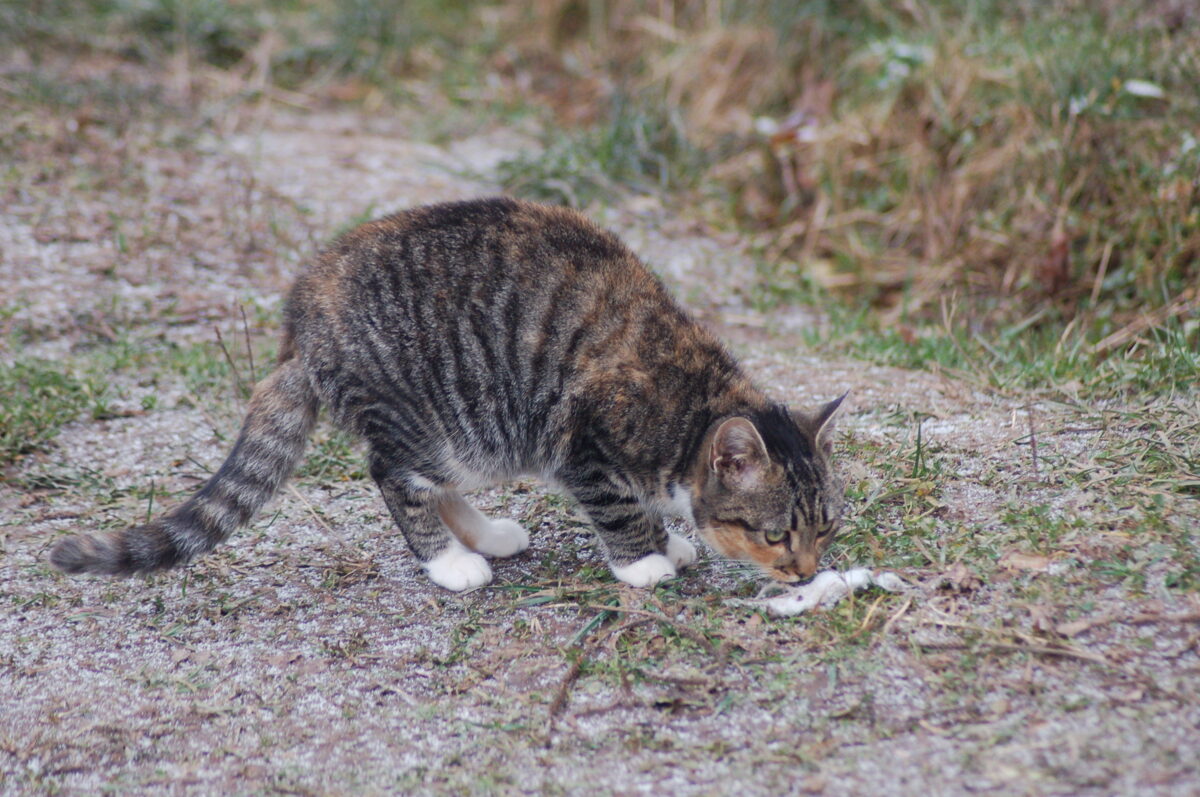 Betty is growing, she is not a kitten anymore. 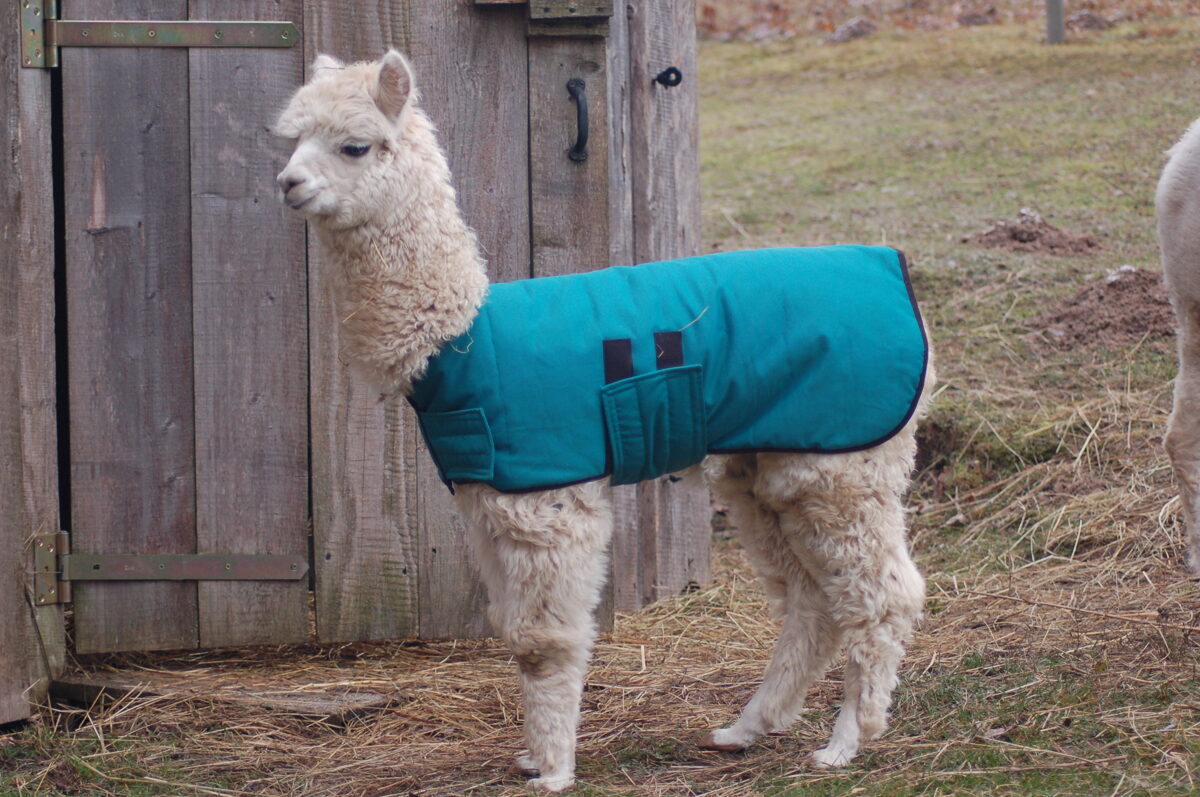 Marvin in his new coat. 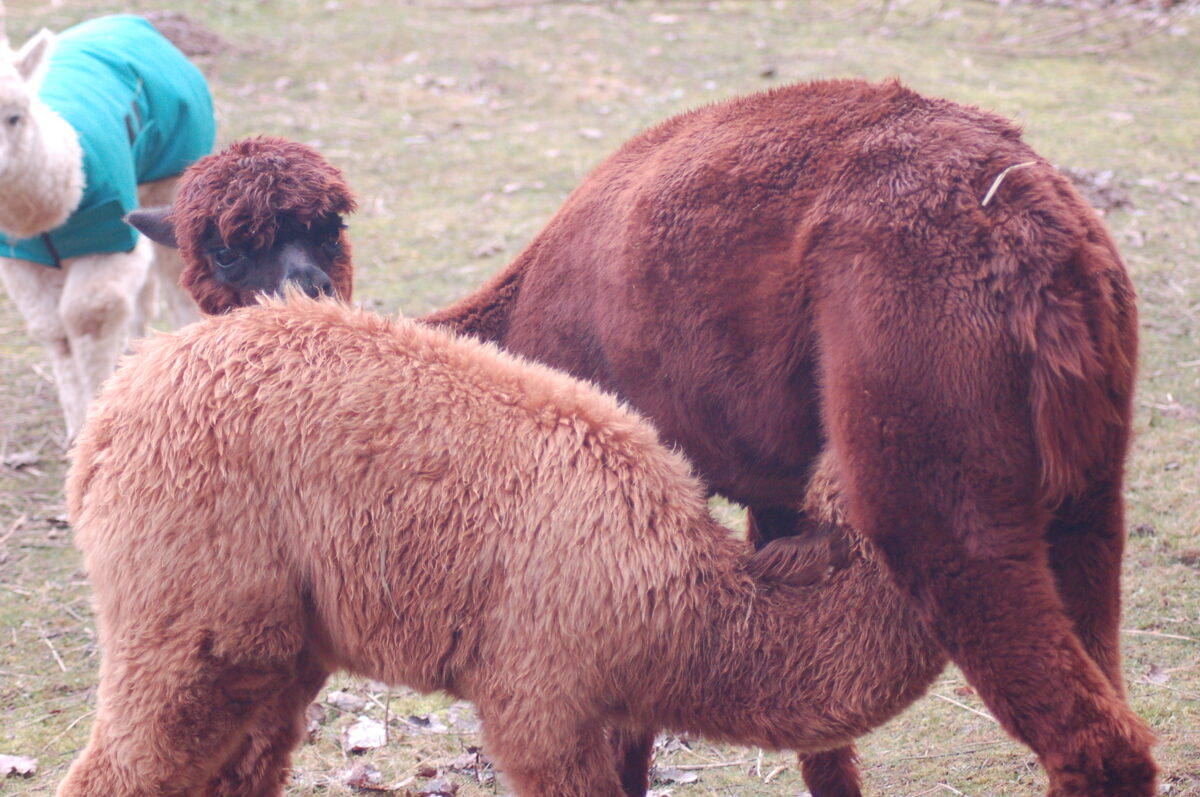 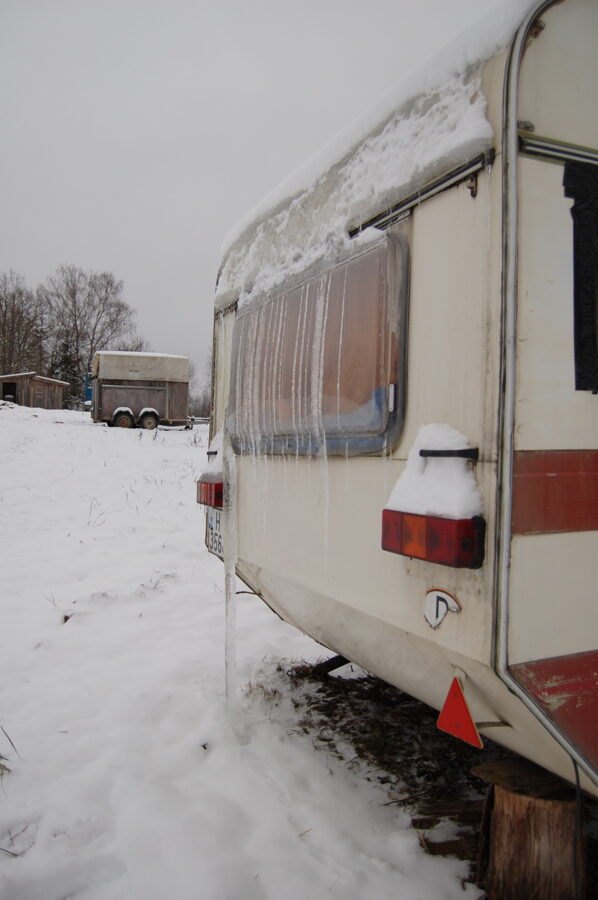 By now the caravan is usually in the greenhouse but this year it is outside and is slowly getting encrusted in ice and snow. The big icicle is now around 5cm thick and growing. 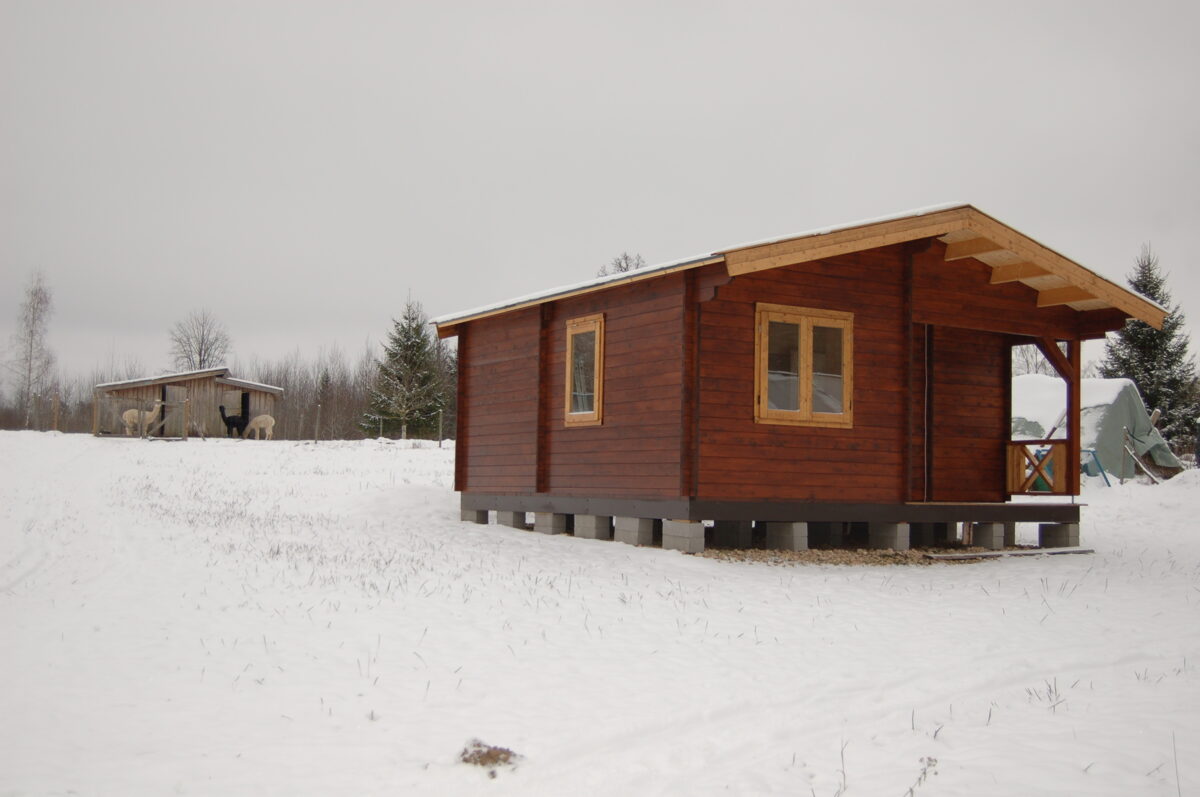 The summer house does look pretty in the snow. 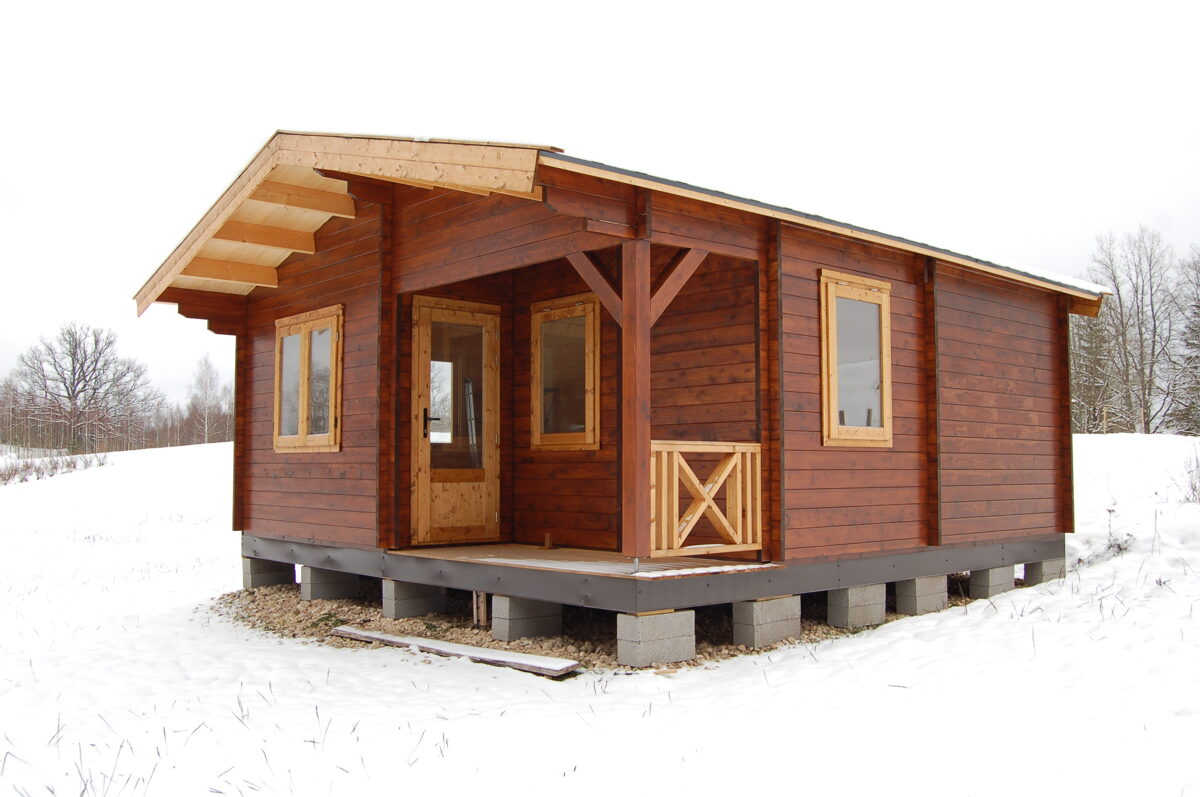 At least I did manage to get all the outside protected before winter arrived.